Hey guys, on the side, slowly, I’ve been recording the data for the Dimension Coordinate Drop Rates, and I already published version 1 with 57 chests and now I want to share with you Version 2 of the drop rate report with 108 chests (see below report; large quality picture).


So what are the findings from the Dimension Coordinate Drop Rates v2?

As we saw from Version 1, it still holds true in Version 2 that Light and Dark coordinates drop less frequently than the other elements’ coordinates chests. We have Dark with 12% chance and Light with 13% while the other elements go as high as 25.9% as in the case of Wind. This can still change if we get a lot more data, but it is also logical that they could make these harder. Do you have a similar experience? Are your dark and light dimension coordinate chests more rare as well? Share your feedback in the comments below.

The Advanced Coordinate chest is a totally different story though. Since Version 1 I actually didn’t get any of these, so they remain very rare. Currently showing 9.1% from the Intermediate Coordinate chests, but I would bet it’s lower if we would have more data, but not much lower, I would estimate them to be between 5% and 10% drop rate from the Intermediate chest. 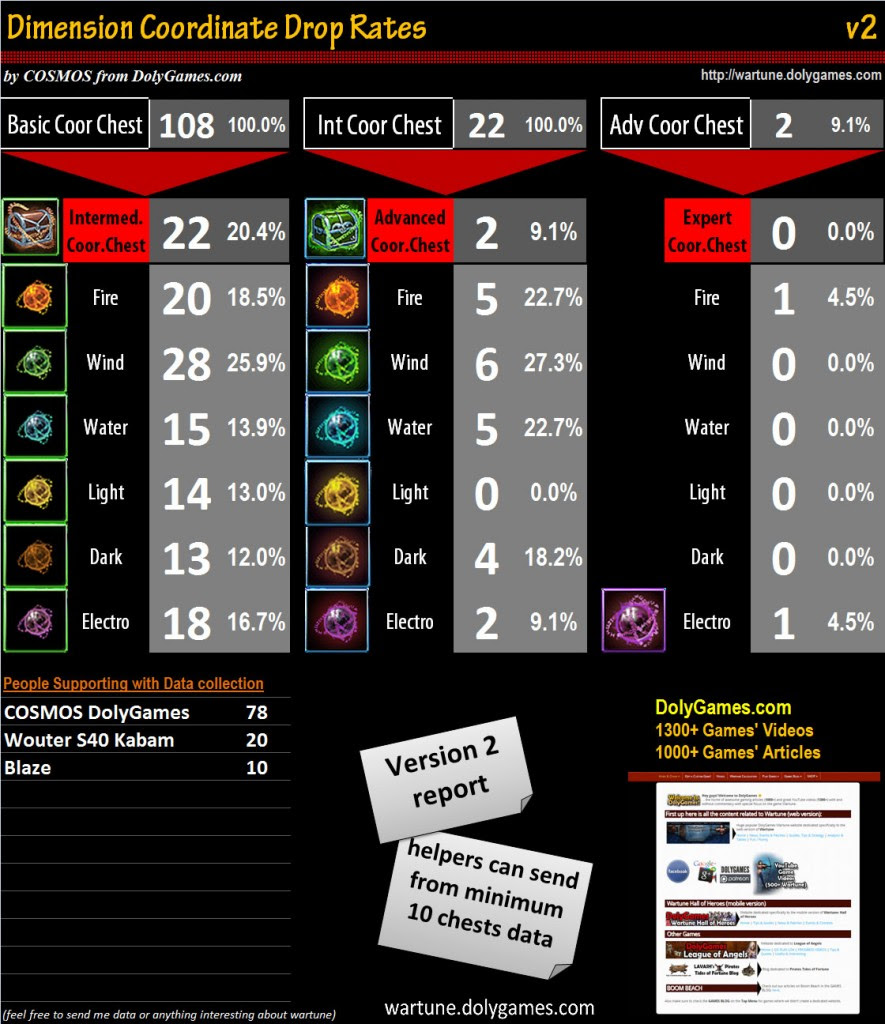