Hey guys, you would not believe this, but there is a boss in Wartune called Warmageddon! Thanks to Ashira for catching and posting about him.

“Whatever that developer smoked when naming that boss, I want it too :P”
– Ashira

I wanted to know more about it, so I Googled for “Warmageddon” and I found out that it is a Facebook game, so now I am thinking perhaps one of the graphic designers and/or his boss, who approves his work maybe play this game 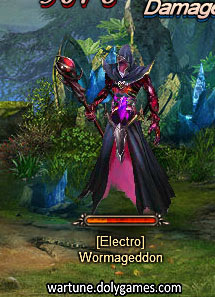 The Warmageddon Wartune Boss
Posted by DolyGames Reporter at 10:20 AM