Hey guys, since the Patch 4.0 we now have a new item to boost our attack stat, the Fresh Milk Tea, which is actually a percentage giving item instead of the fixed value power and intelligence potions that we were used to. So let’s have a look at Power Potion vs Fresh Milk Tea: 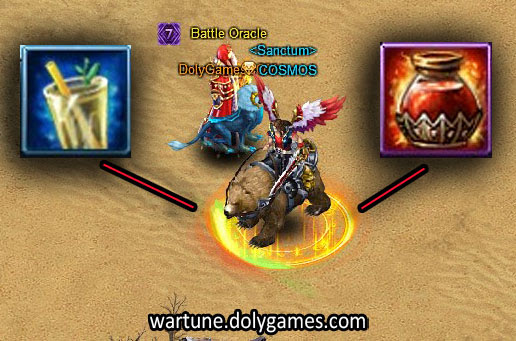 The 2 items with their descriptions I am putting at the bottom of this article, but basically:

I have prepared the chart below so that we can clearly see where is the cut off point between the two items. The following are the points we can observe the the analysis: 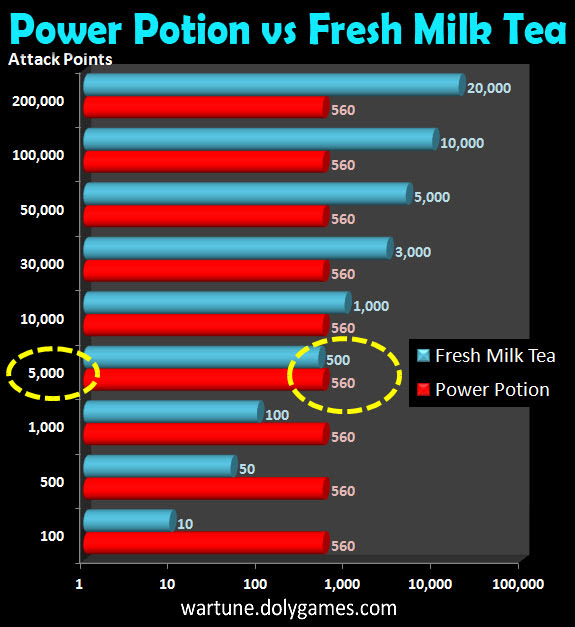 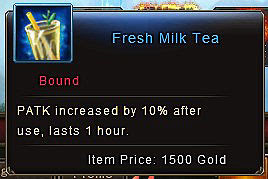 Power Potion vs Fresh Milk Tea
Posted by DolyGames Reporter at 12:03 AM