Hey guys, a lot of people are curious about sylph farming in the sylph atoll and the chances of getting one which is not white. So here below is a report I prepared based on the input of Kay (thanks Kay!) where you can see that out of 3499 sylphs killed and the 58 times when the 60 essence exchange was made the vast majority were white sylphs - 86.2%. So do not be surprised at all if you get white all the time.

On the other hand it is relatively good to see that the chance of getting green is not that bad, at 13.8%, so this means that 1-2 in 10 exchanges should in theory give a green one.

Now in this data set not a single blue sylph was dropped or exchanged, which is rather unlucky I suppose, but you can indeed get blue ones as well both from instant drops as well as from the exchanges. I recon the chance of blue is maybe like 2-3%.

It is a pity that Wartune went a little bit in the boring farming direction, but at least now you can see the chances, so have a look at the report below: 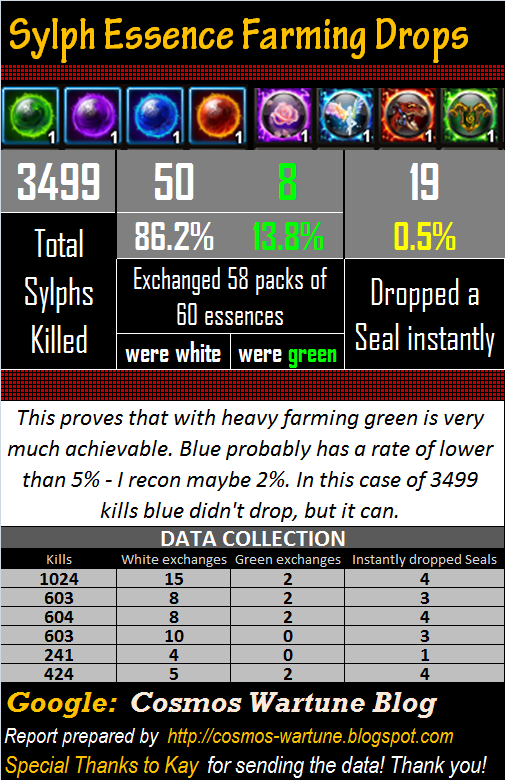