The secret weapon of Thethrell

Hey guys, I got here a screenshot of the Wartune secret weapon of Thethrell which is just awesome! So check it out below and here are few words from him:


I'm Thethrell from Server Wartune 153. Upgrading this took a purple Apollo. Second star took 15k exp, third took 20k, fourth took 25k, fifth took 30k, and to max it to orange took 35k. Upgrading all the stats on it took getting sepulcrum wherever I could, and a lot of it. I didn't put it into any other sylphs, just this one. I've been playing since September, am level 70, and was doing Class Wars for the first time and wanted to be prepared, and came in 19th, after fighting only lvl 75+. Pretty much once I pull this out I win. I was also able to pass lvl 15 of Necro thanks to this, and made it to 19, and ONLY lose in battleground and group arena to stunners. 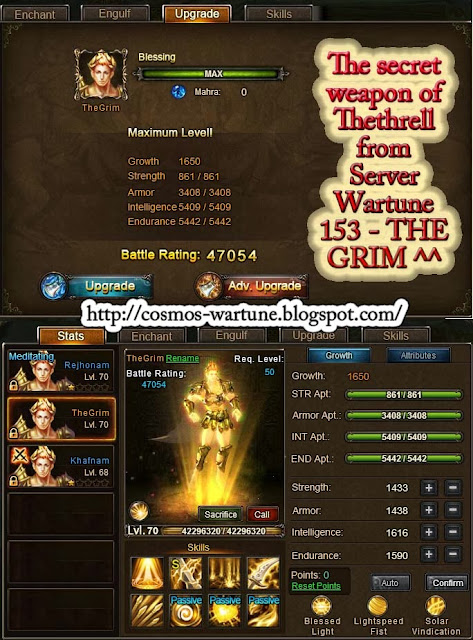