Elemental Forest is the new dungeon added in Patch 4.0 which requires Class Advancement to be completed. The dungeon has a Normal difficulty and Nightmare. 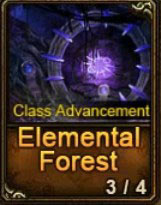 The monsters themselves are already pretty strong so if you have a weak party you might not even pass the monsters let alone the bosses.

This dungeon is a lot smarter than other dungeons and requires smart playing as well as a very high BR party (400k+ BR before Eudaemon or 550k+ BR after Eudaemon).


If you kill one boss, the other one will resurrect it, so you can fight forever and always lose. The only way you win is you have to kill both bosses in the same turn, so you have to control that their health goes down equally and strike them dead fast before they can resurrect one another to full health.


Once you reach boss #2 it will be randomly selected between one of the following:


Fire boss Laise puts the chaos rune effect on someone in your party + decreases rage and awakening points. Also has a nasty strong attack.


Wind boss Raylan puts the amnesia rune effect on someone in your part + decreases rage and awakening points. Also has a nasty strong attack.


As for rewards, there is always the standard equipment, the equipment items which we recycle for refinement crystals, but basically the main reason for doing this dungeon is to get materials for synthesis of artifacts: Crest and Halidom.

This is an example reward we received from the first bosses: 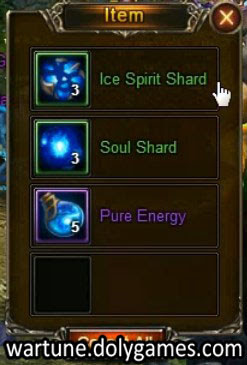