How to be a Strong Player Guide BE A SLOW LEVELER

First of all , I m wishing Happy birthday to Wartune and after that i will start my guide.. :) 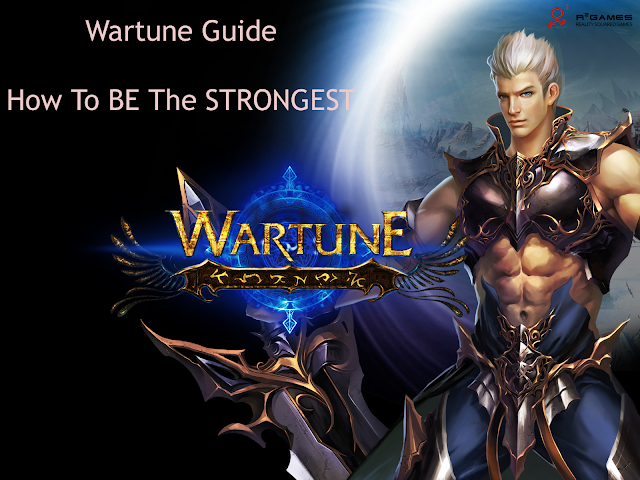 The first way is to rush for the top: To be the first to achieve every accolade: Biggest, strongest, highest defence, highest rank etc. While there is nothing wrong with this playstyle, to maintain that #1 position eventually is gonna start costing you balens. Lots of balens. More balens than I can afford to throw at this game. The other problem is that with a new server – playing this style is fine within the realms of your server. It instantly becomes a problem as soon as the cross server things come into play and you discover that there are others your level, with much stronger builds as they’ve gone slower.

The other way is to take your time and play at a slower pace. You get time to prepare in advance your gear, plan your build. Learn from others about strengths and weaknesses of new maps, gear, boss’s etc – without having to be the guinea pig working it all out. Level has its advantages – in that as you advance, you open up new gear, troops etc. But overall – we think slower leveling is more rewarding and has a slower burnout potential.

This list of ideas is to show you ideas and suggestions regarding how you can level more slowly, and thus build more strongly than your same level peers. We decided to split it into two sections. The first section will deal with ideas that everyone can utilise. The second part (in post number 2) will deal with more items that are more specific to cashers.

Section 1: Ideas for Everyone:

Being a VIP: is a great way to help reduce your experience gain. Yes VIP adds to your experience gain in places – but more importantly, from level 3 onward it adds a bonus to your daily devotion total. This initially allows you to skip on completing the bounty quests and the daily quests portion of your devotion. VIP continually rises as long as you keep up the payments and so does the daily devotion contribution as you ascend the VIP ranks. This makes it possible to skip on all the experience heavy portions of your day. Daily quests, 10 solo arena challenges & bounty quests.
VIP Weekly Gift Pack and VIP Wheel: These are a god send! I feel many players overlook the value of the gift pack. I love the soul crystals, the VIP tokens and the skeleton keys! Soul crystals add to your gems effectiveness through the soul engraving (a small bonus but it very quickly adds up), the skeleton keys open chests and also allow you to farm the summoners (for legendary stones / crystaloids) later in the game and finally the VIP tokens give access to the VIP wheel. Many people dismiss the VIP wheel as being useless and rigged. While I agree it’s rigged – it’s also a fantastic opportunity to the slow leveler. I keep refreshing the wheel till I find a wheel with 1 or less shadow crystals and 580k gold – the gold is guaranteed – so that’s a nice boost toward your guild skills or astrals. Also, there’s also a low chance you can get a low level gem (usually level 2) out of the wheel on an irregular basis.
Wings and Clothing: Wings add a beefy boost to your BR, and can be levelled up further to increase said boost. Clothes provide initial starting rage, and also can be levelled up to further increase that starting rage benefit. Increased starting rage, combined with a strong build is a devastating combination.
Mounts: The wonderful thing about mounts is that their stats stack. So if there is an event going on where you can get a special mount, and you do not mind spending your balens to be able to ride something funky, consider going for that mount. Or buy one from the shop.
Posted by Unknown at 12:12 AM