Hey guys, I got my Will Destroyer upgraded to level 8 astral and according to the chat it seems I am an Astro Master :) hehehe. Anyways I didn't just post to say that, I wanted to give some explanation about investment choices that you have to make. 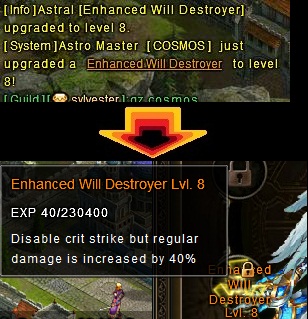 It required ~115,000 astral experience for me to invest to get this WD to level 8, which means that this is roughly the same as 55 million gold. Now I already thought about this before, and i say again, before, starting and I considered if there is any other place I can invest 55 million gold and get a bigger benefit - that is the question you always have to ask yourself:


At this exact time, where to invest my money to get the biggest benefit?

Now a few reasons why I chose this path: 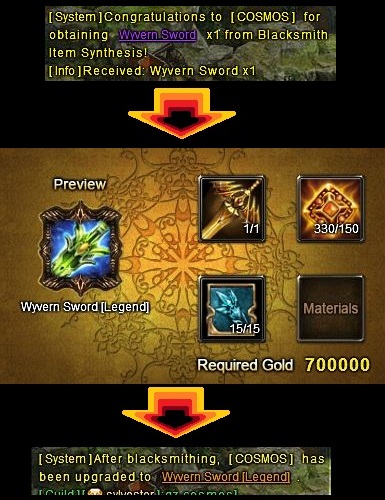 And next up I got also the level 60 PVE sword and made it into a legend and started upgrading. Previously I was thinking to collect items enough for all the 4 pieces and then switch, but now I calculated that it is better to already get the sword (and only the sword - not any other piece) into the 55 arena set. So 3 pieces arena set and the weapon a 60 PVE.

It is very important that it is the sword that is changed first because you lose the 2000 armor ignore from the arena set and this has to be offset by the higher damage of the 60 PVE sword.

Now until it is maxed out you are weaker against players, but actually already at around +15 (out of 30) even enchanting it is already better to use it against World Boss because he does not have armor, so armor ignore is not required. Actually this switch is mostly to give benefit to PVE and not PVP and so your income from WB rises which allows you to get other things faster.
Posted by Unknown at 5:03 PM