Hey guys, this report was a little bit long in the making but finally I am happy to share with you the Spire Chest Drop Rates v7 which is the drops after the patch 2.1 where the spire chest contents were adapted and especially the vouchers changed into bound balens since the vouchers were completely removed from Wartune.

As we had no idea if they messed around with the drop rates as well I started collecting data from zero and thanks to everyone who contributed we have gathered up an impressive amount of nearly 8000 spire chests - a massive accomplishment of data gathering.

Comparing to the previous version Shadow Crystals seem to drop less at 41% vs. the 46% recorded before, which is a good thing for us as that is the least wanted item of the lot. Still 41% is a very healthy number.

Bound Balens which replace Vouchers are the second most frequent drop at 39% versus voucher's 33%. Everyone is of course happy to have these balens.

Unfortunately the Fashion Core drop rate has been literally halved compared to the previous spire chests. We have now only 0.2% change of getting Fashion Cores while before it was double that at 0.4%. And even if i dig a little bit in detail it is not a rounding issue, it is currently at 0.24% and before it was 0.38%, so it is definitely less which is also the feeling of the players that I saw in the chat that people said they are getting less Fashion Cores. 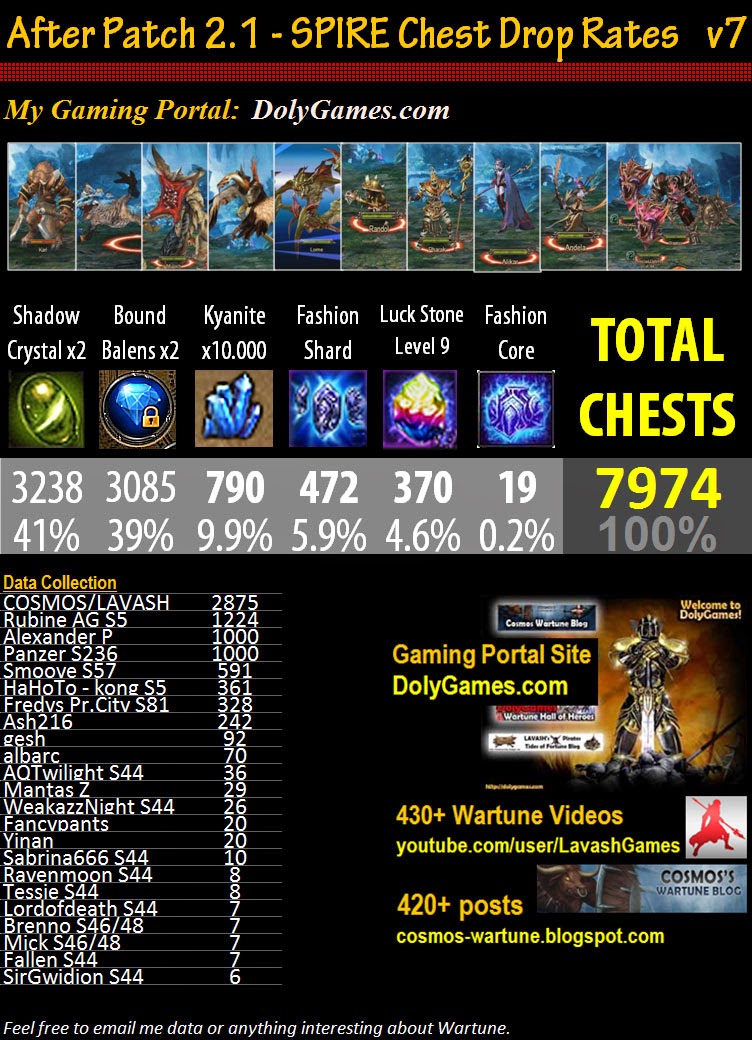