It is official guys! Part 3 of the 1.5 patch is coming up early May and although it is not officially communicated yet what we are going to get we do expect that most likely it is going to be the RED ASTRALS! - finally! :)

Although it also would seem a little strange that this would be the only change in a Part 3, I would expect at least 3-4 different things, so stay tuned and I will report when we hear something new of what is coming in the part 3 of the 1.5 patch, but so far what I could also find is the new DUNGEONS! so: 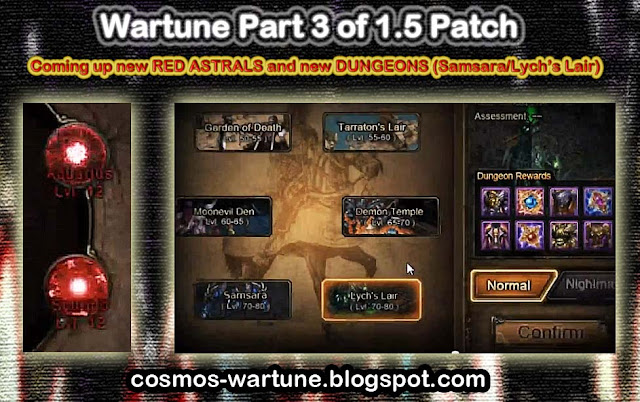