Hi guys, with events like Hall of Fame and any other situation where you need to increase your Battle Rating temporarily to a higher level than it is I have prepared this article / guide / reference to help you do that.

Here below you will see tables showing you how much battle rating different things give and this can help you focus your efforts to the areas which will give you the most battle rating.


Cosmos Knight as an example:

I will also use my knight as an example to show the different things that I can do to increase my Battle Rating (remember this is only for the sake of increasing it for different situations like Hall of Fame event, not for making a strong character). 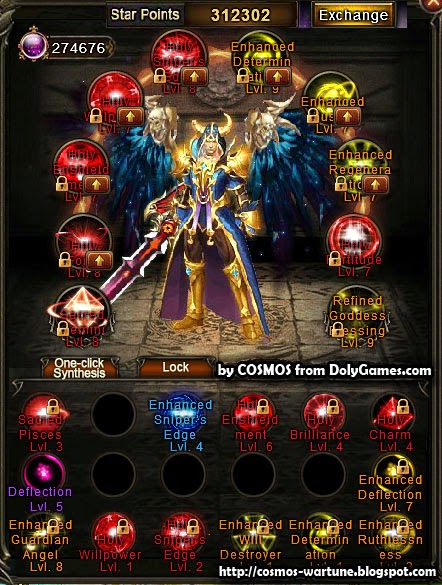 One of the most basic tricks to increase battle rating is switching the percentage (%) based astrals, which give no battle rating whatsoever, to anything that gives stats.

Including Class Advancement my knight has 10 astral slots:
That leaves me with 4 astral slots which are all % based and can be switched to a stat astral like HP, MATK x 2, Charm
So to conclude on the astrals, without doing much I can lift my battle rating by around 3k, but of course bringing them to a much higher level (level 7-8 is very much achievable) would give me a lot more, probably around 7k BR. 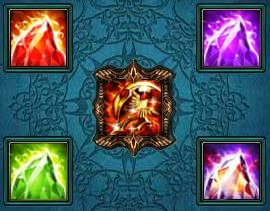 Gem types have a pretty big influence and the one that gives the least is Critical, so changing Critical gems to something else gives you an immediate increase in BR. For example taking out a Level 8 crit gem and replacing it with a level 8 HP gem results in a BR increase of 657 on my knight (level 2 advanced engraving). The effect of changing to MDEF is +338 BR. The effect of switching to PDEF is .

So currently I have Critical gems on all 8 of my equipment items. This means that taking them out and replacing with PDEF or MDEF or HP in addition to the existing PATK will result in a BR increase of minimum +2704 using the MDEF number and +5256 maximum BR using the HP number.

The effect is even bigger if I would switch from level 8 gems to level 9 gems.

Just changing 1 single gem from level 7 HP to level 8 HP results in a battle rating increase of 289. Taking 250 as a round number (lower because other gems give less) we can multiply 8 equipment items by 4 gems per item = 32 gems and multiplied by the 250 BR = 8k BR increase if I change my gems from level 7 to level 8.

Changing from level 8 to level 9 should be a bit bigger, around 9k BR increase.

The only problem that I see my going to level 9 and above gems right now is that we would get no additional reward for it and, theoretically, there could be great rewards when the level 9 gem synthesis arrives, so doing this now would reduce your future gains.

This is possible in general but not for me because I simply do not have enough refinement crystals for level 80 equipment.

Holy Forge can give a lot of additional battle rating if you have enough Vulcan Hammers and Stoves. Unfortunately I do not, so I cannot experiment with it to tell you exact figures, but from Elia's example we have that her 900 stoves resulted in 5k increase in BR. You can watch that video here.


Other elements which will increase your BR: