How to Effectively play Wartune as a Non-Casher

(Written by Raven for DolyGames)

Non-Cashers in Wartune always have had trouble keeping up with the cashers. I’m sure a lot of you Non-Cashers went into the Battlegrounds one day and saw people in clothing that were much more powerful than you are.

There is a way to be just as strong as them, if you have the time and patience for this.
I am a Non-Casher myself, I can feel what you’re going through and in this post I will give all of you Non-Cashers a idea on how to become stronger in Wartune over time without spending anything.

This is my character scheme. How and when I leveled and how I managed to become both strong at low levels and to stay around the same level for a long time.

The most important thing about Non-Cashing is Camping. I hear a lot of players have trouble with it so here is how I camp. Once you get used to it it’s really not hard at all.

Remember one thing, as a camper EXP is your worst enemy, not other players.


I don’t do those unless I need materials, and even then I use dungeons that are at least 10 levels lower than me.

For example, if you’re planning on using PvP equipment you dont need to do dungeons. And even if you do, they mostly come with a Main Storyline Quest. If you complete the quest but don’t want to accept it because of the EXP it gives, just don’t click it. Just let it be green in your Quest Tracker until you’re ready to level up.


Multi-player Dungeons are a way to gather Crystaloids and Legendary Stones for PvE equipment. These are oftenly stronger than the PvP sets but require you to go in dungeons to gain the materials. But they also give a lot of the unnecessary EXP.

A way to effectively do Multiplayer Dungeons is to never do the final boss. The final boss doesn’t give Crystaloids or Legendary Stones compared to the bosses before it. So just skip it.

The final boss of a Multiplayer Dungeon gives a lot of EXP, so it is best to avoid them at all costs, unless you plan to level up. However if the rest of the party does want to do the final boss you can also just asign somebody else as leader, leave and have them invite you. That way you already used your attempt for the dungeon you did to get the Crystaloids and Legendary Stones, without having to worry about the boss and his massive exp. 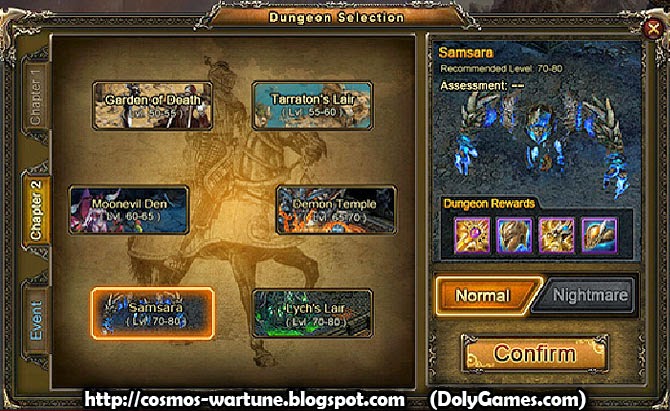 
Is the easiest way to get Gems that you can use in your gear, for a heavy EXP price. Only do Catacombs when you really need the Gems. Upon reaching level 45 you unlock the Jewel Hunt System. With Jewel Hunt you can gain Gems without getting EXP. 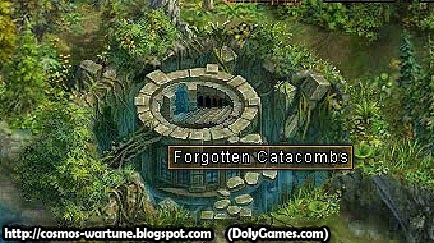 That, and Jewel Hunt also drops other items that you can use to improve your stats with, such as Fate Stone’s, Mount Training Whips and Soul Crystals. As well as the new Jewel Hunt Shards.

So now you’re probably wondering : If I can’t do dungeons or catacombs or complete quests, why should I stay in the game or what can I do?

It’s better to be prepared than continually lose to cashers, right?
You see those cashers in their clothing, getting rage much higher at the start of a battle. While you’re still low you can already alter a lot of your gear, and yes you too can obtain clothing if you’re willing to work for it. Each in-game month you can get up to 300 Bound Balen, and more if you’re doing the Guild Blessind daily.

So now that you have your level 1 clothing you might be wondering how to effectively upgrade it. Circuit Quests in the Eastern part of Cloud City near the fountain. Every 50’s quest they drop 3 Fashion Shards. Except the 200’s quest. So a easy idea on how to upgrade clothing is to do those ‘annoying and boring’ Circuit Quests, it’s well worth it, while you do the quests you receive Soul Crystals for every 10’s quest, as well as gold and Daru per quest.

At the end of the month, with each week having completed 150 Circuit Quest you end up with 36+ Fashion Shards, which you can then forge into Fashion Core’s. A Fashion Core acts as level 1 clothing, so it’s best to save these up also. While you get the Cores from the Circuit Quests you might want to have a higher chance of succesfully upgrading clothing. You can use Good Luck Charms for that. They do require Balen to be bought, but you already have level 1 clothing so you can then focus on buying the Charms instead for the future.


these are also a great way to improve your Battle Rating and get more rewards for it at the same time. So it is best to save up items for events. These items are:


Save up as many of those as you can, they’re the most common event items. The more used during the event the more rewards you can get. It doesn’t hurt to spend a couple of inventory slots just to save up items.
If you’re still a little confused about what to do now or have any questions, feel free to reply to this post. If you want proof about my character becoming this strong. 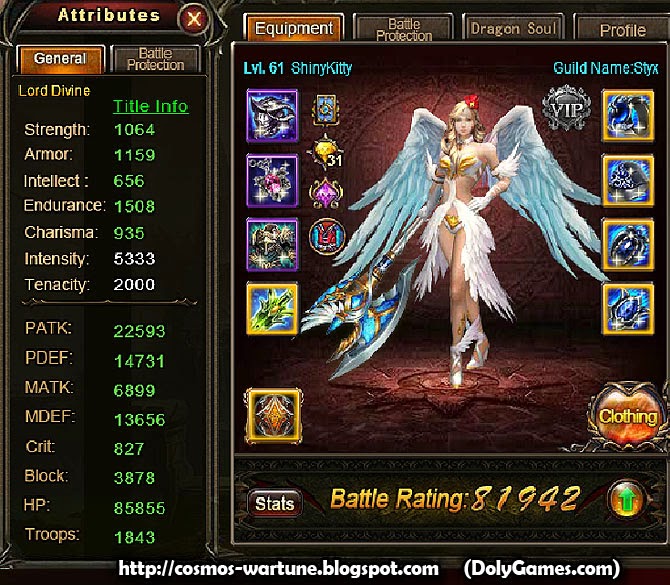 My name is Raven, and this is, How to Effectively play Wartune as a Non-Casher.
Posted by Unknown at 6:46 AM