Hey you guys, there's still a lot going on with the new patch. Troubles with the Battlegrounds not opening have stalled many of my friends from doing Advanced Class stuff, but many have opened up Title bonuses at this point, which is a huge battle rating upgrade!

To get title bonuses, you have to complete a main quest series called Imperial Glory.


This series is quite a bit easier than the Advanced Class one, just make sure to save up the 200 shadow crystals. (Tip: if you're short on shadow crystals, the flowers at wedding drop a lot of them)

Once the quests are finished, you can look in your title info or the buff icon at the top of your window to see the huge BR boosts!

I wasn't too into "badge-hunting" or in this case title-hunting before (I'm way far away from Grim Reaper), but now at least there's a BR incentive to do so. Some easy HP can come from the "Master Landscaper" title, where you just weed and kill pests 100 times each. Another relatively manageable one for level 70+ players is the "Hero for Life" title, which requires you to beat all of the multi-player dungeons on Nightmare mode. 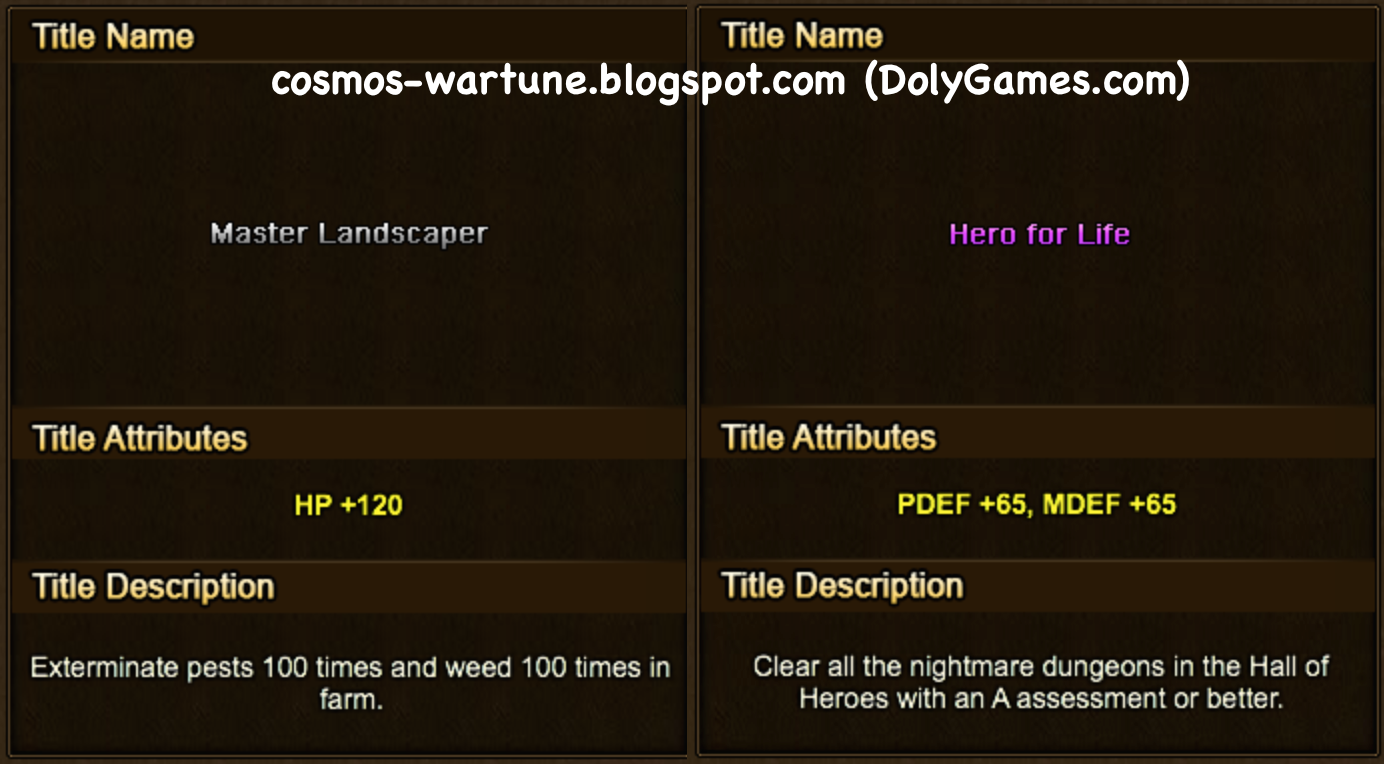 Have a title you're particularly proud of or find funny? Please share in the comments! I don't carry a title around, so I guess that says something about my personality, but I'm not sure what lol xD
Posted by Unknown at 4:29 PM