Hey you guys, lots of of new stuff out with the introduction of Patch 3.1! I thought I'd share a bit of how far I've gotten so far, and what's required for the new stuff.

First "Advanced" quest I finished was Astral Master, which requires capturing 5,000 astrals. I had a lot of gold on me so that wasn't a problem, but the clicking was pretty tedious. It's much cheaper to do this by manually clicking rather than using One-click Capture, which only counts the non-white astrals that are captured, not the white ones that are automatically sold.

Astral Master opens one of the new advanced slots. I bought Sacred Pisces for 45,000 Star points, and fed my level 7 PDEF astral into it. Sacred Pisces and its PATK counter part, Sacred Gemini, give both attack and a new stat, Penetration. Penetration is described by the game as "Reduce the target's chance to parry," which I think just means it's a counter to the Block stat. 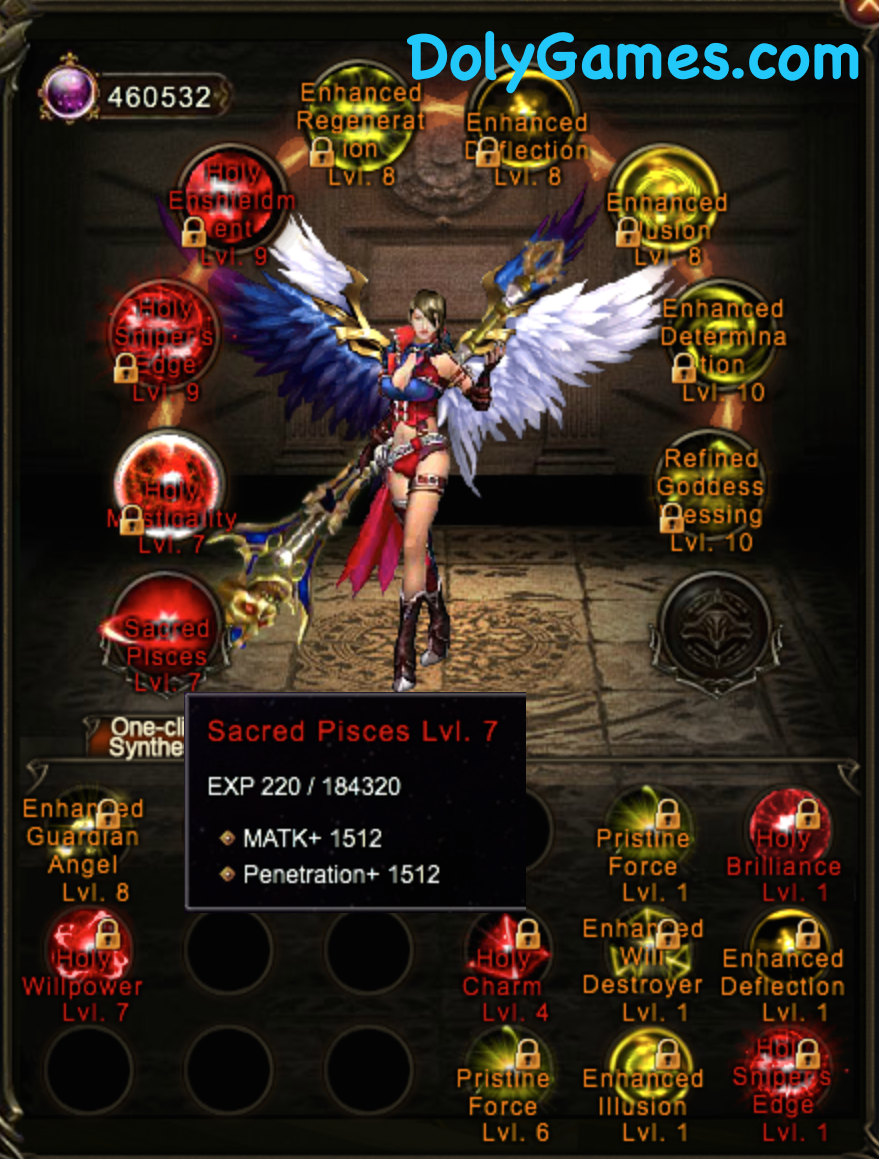 Advanced Class opens up an assortment of new features for level 80 players. There are 6 quests you have to complete to unlock it:
The only very big pain here was winning the Battlegrounds. Since everyone's trying to complete these quests, you have to put on quite the show to get a win. Find ways to cooperate with your BG team for more success.

Many new options opened up once the Advanced Class quests were done. I'm still exploring some things, but the big ones at first were Advanced Astrals (2nd slot), Advanced Dragon Soul, and Advanced Skills.

The other very big thing to become available is Dragon Invasion, but I've just started running it and will get a separate video and blog post for it soon :)

Hope you're all having fun with the new patch. New patches can be frustrating, especially as far as lag goes. I recommend clearing your cache, and then over a couple days it will repopulate and the lag is more manageable after that.
Posted by Unknown at 4:44 PM