The Nonsense about Upgrading to Orange Sylphs

(Posted by Cosmos, on behalf of DanNiel s253)

Before you get your pet to purple, most of us spend as much Mahra as we can on it, to give it more stars or to upgrade its rarity.  The extra growth rate alone makes it worth it, especially since you only need a relative small amount to go from one level to the next.

However, in this post, I would like to try to explain you in this article why it is in some (most?) cases Nonsense to upgrade a purple pet to an additional star or to orange. That is, if you have the choice between Mahra and Sepulchrum like in last Firecracker event. I’ll use 2 of my own pets as example for this.

I’m not taking into consideration the added advantage of upgrading your pet with Mahra to another star or rarity (increased growth rate, something you are not able to accomplish with the use of Sepulcrum) for the simple reason that, as you can see in the pics below, my purple pets outrun my hero in leveling manifold anyways. I’m pretty sure this happens with all purple pets…

Now on to the comparison: 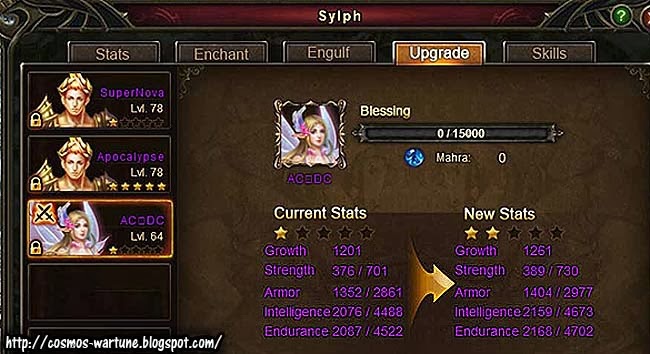 As you can see in the first picture, its stats would then rise to

Now If I would invest 1250 Sepulchrum in it, I would get the following stats:
(Assuming every stat gets an equal share of points allotted or 312 points each)

If you compare these numbers, it is obvious that the pet would be much stronger with the Sepulchrum invested than with the extra star (Mahra invested) 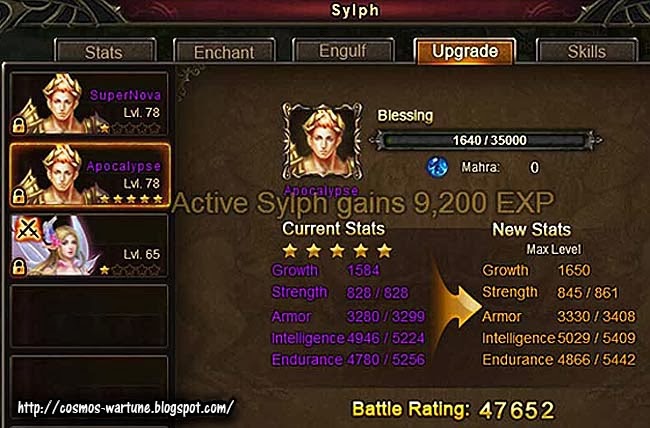 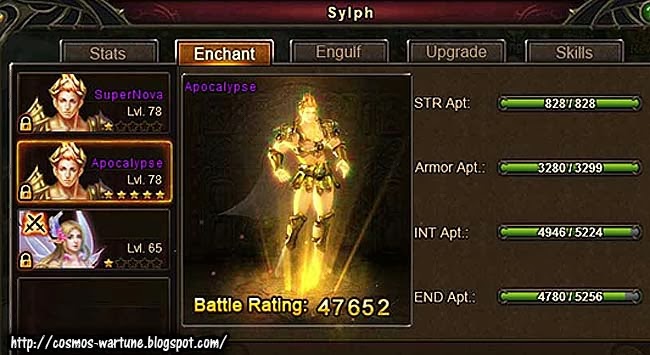 As you can see in the first Apollo picture, its stats would then rise to

If you compare the numbers, it is obvious that the pet would be much stronger maxed out than orange. It has way more Intelligence modifier (MATK pet, so this is more damage) and Endurance fares even better (= gets even more points extra, which translates in more HP both for your pet in Arena and your Hero). Your hero will only lose out on a bit extra Strength and Armor (17 and 31 respectively) and I think you can see how the added endurance and magic attack of the pet make up several times for that. And remember, you still saved more than 2,000 Mahra !
Posted by Unknown at 10:01 PM