Hey guys, since I posted the article called "New Troops 50% Stronger" on the 30th of January (where you can find the stats if you want) I received a lot of questions about DARU REQUIREMENTS for the new level 70 troops: the Knight Templar (?) and Dark Angel (?), so here I have prepared a report for you to see what you are in for and perhaps it can help you prepare better.

Note that troop enlightenment is less of an issue since you can Convert that from one Troop to another.

Ok so onto the report, I built up the Daru costs for the existing units and tried to estimate the cost of the Level 70 units. Roughly speaking you find out that the daru cost doubles from one type to a higher Troop type and also on the graph you can see an almost smooth curve. So with those done I could estimate that the daru cost of the new troops will be ~628 million DARU!!

EDIT: I did another report (Version 2) based on now the Wartunecalc data since I got reports that it was more accurate. I don't really know which of the 2 is more accurate so I am keeping both reports below but the estimate with this one is 583 million versus the 1st report based on Wiki costs with the estimate of 628 million, so that's roughly in the same area. 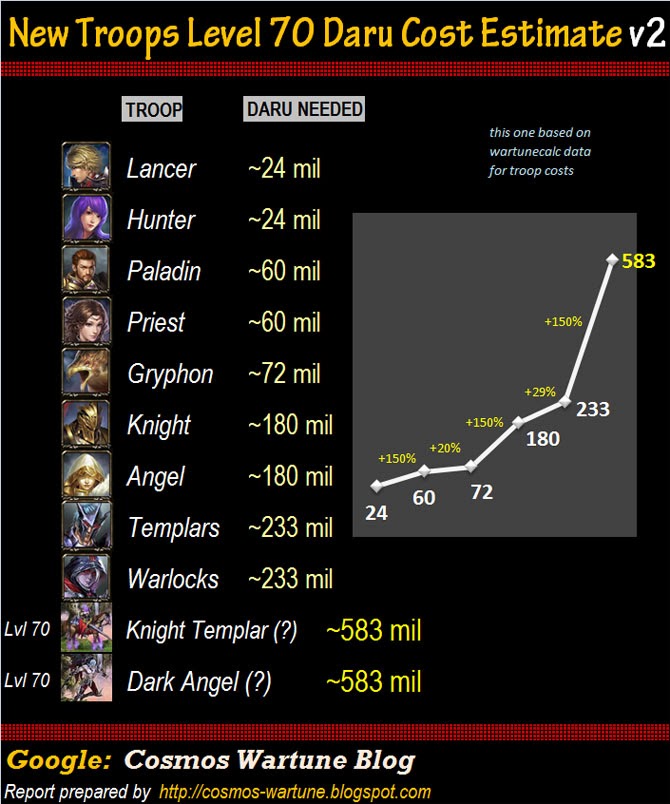 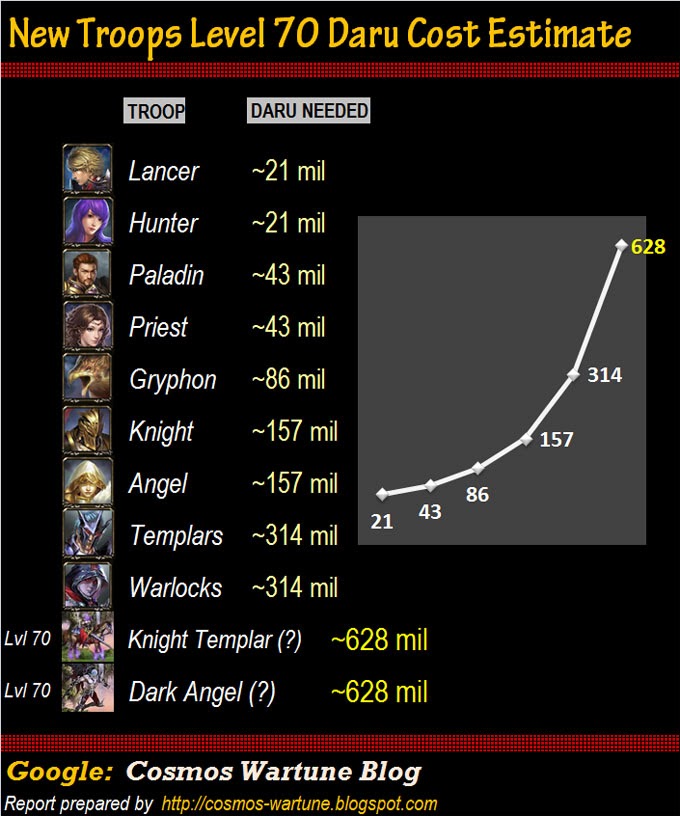