Hey guys, here I share with you the drop rates for the Rune Packs, which was a 49 balen pack sold for obtaining all the runes. The sample size is ok, but not as big as i would like it.

What we see is that the 100 Runestones were the lowest % drop since it is a nice reward. Next up the Ancient Rune Pack naturally. But the problem with this pack is that for example i got 10 Rage Runes and 10 Amnesia Runes but i didn't get a single Chaos Rune, so that's still open to chance unlike the other runes.

All the other ones seem to be balanced with the Guardian one I think probably a little bit lower. And of course the majority of the rewards was the 1 Runestone reward and 10 Runestones being the second highest. 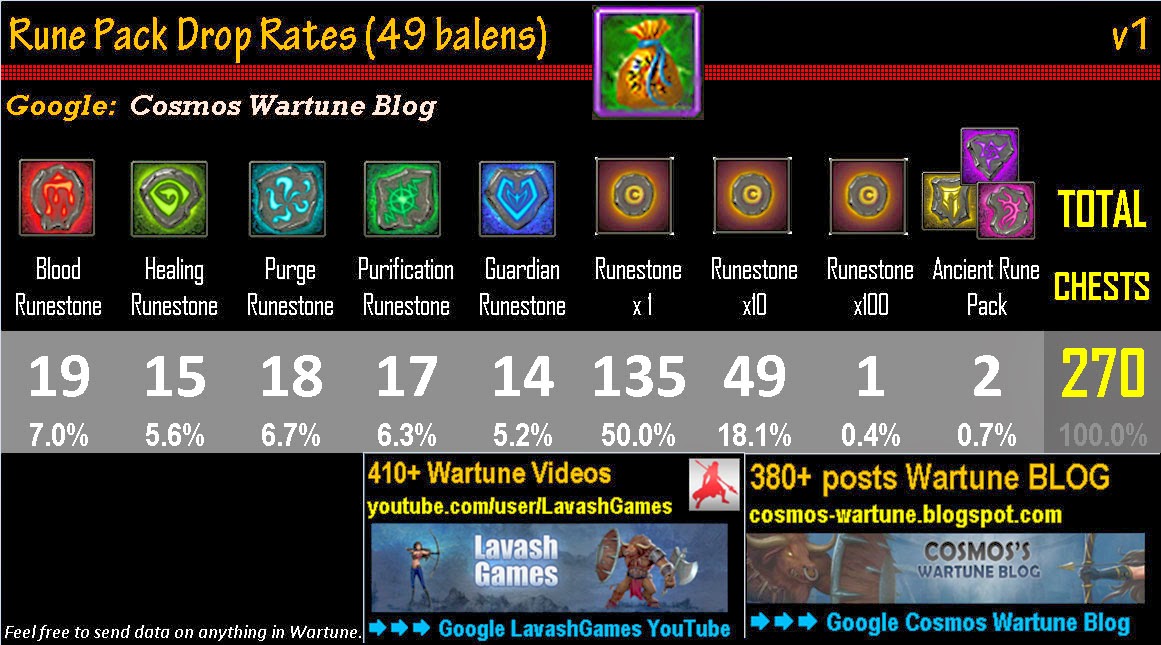