Hey guys, congratulations to the Fairies (FairyTail) for finally beating Sanctum in the Guild Battle. Very big difference we observed with Fairies scoring a lot higher. Sanctum was remarkably weak and disorganized in this battle which could explain the loss - we also started with only 39 members and finished with 45, so perhaps just not a good day for Sanctum overall.

On a personal note I managed to score the highest ever Guild Battle Points = record for me, so I took the screenshot below both to say congrats to the Fairies and also to document my personal record in the guild battle. 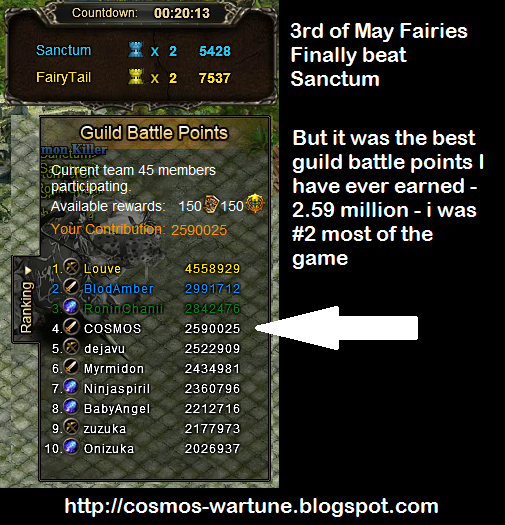