Edit (Oct. 2014): When this was originally written, what is now called Eve was then called Gaia.

Hey you guys, in the second enrollment of my sylph series, we're talking about the ever-popular Gaia! Just an FYI about your man Cosmos, Gaia is his absolute favorite sylph, because she's so pretty and pink and flowery -- like a corsage and he's Ken at the prom. Hehe :P

Before we get started
I'll specify in advance that this is a guide for Gaia, and not her refined form, Hercules. I'll definitely try to do posts on the refined sylphs, but that may take a bit, as I'll need to at least see each in action before I go saying anything about them :\

Who should have one?
Gaia is a valid option for players of all classes. Whether just a secondary sylph for World Boss and other single target play, or as a main PvP sylph (the sylph you put the most resources into), there are reasonable justifications for anybody to build up a Gaia.

Which are the best skills to get for her? (In order of priority)

What about the other skills?

When are the best times to use Gaia?
What are the cons to building an Gaia?
There are very few drawbacks to choosing Gaia as your main sylph, but I'd say if anything, her popularity is the biggest issue. Since it's well-known that Gaias are all over the place, most people will stack up a lot of electro resistances to counter her -- you won't have that issue if your best buddy is a Pan. Another notable downside to Gaia is her fragility -- she's very "Kill or be killed" So, if that mentality suits your personality and playing style, that's great. If not, you may want to consider a creative alternative.

For Mages picking Gaia
Also, if you're a mage choosing Gaia as your primary sylph, and plan to use her in Class Wars as well, you really have to commit your resources -- don't get caught up putting sepulcrum into other sylphs until she's in really good shape. Enchanting her a lot will help your HP and refining into Hercules is an urgent project. While Gaia is great against knights and archers, cracking mage MDEF is another story. I'm sure there are lots of tales about how much people can crit mages for, but it's simply very high risk to bring this sylph to mage Class Wars. Since he has a skill to reduce MDEF, Hercules is a much more viable option, to even out things out against the PATK pet users.

Gaia naming contest!
Here's my Gaia, Hoegaarden (Who-gah-den), what a cute Belgian white beer (witbier)! Comment with the best name for a Gaia (doesn't have to be the name of your Gaia), and I'll name my mine after YOU for a week :P 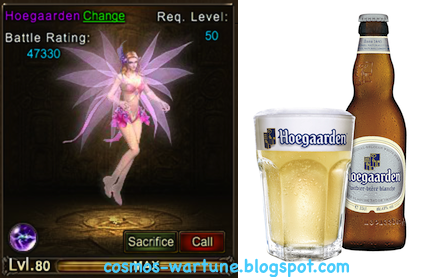 Iris naming winner!
Winner for the Iris naming contest is Michael Aldrete (tell your parents they're awful for not keeping your name under 12 characters) for suggesting Katara! Avatar's an awesome anime and it's Iris-appropriate :) 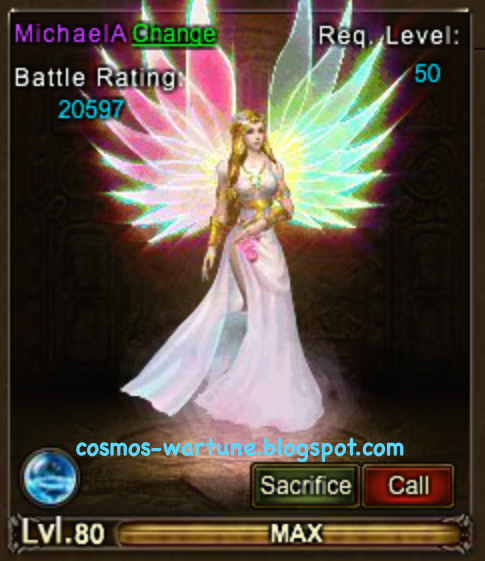 Next up, Amazon Queen!

Check out the other Sylph series post!
Sylph Series Part 1: Iris
Posted by Unknown at 11:53 AM