Hey guys, here we have to share with you the Mage World Boss attack sequence, so this should help a lot of mages out there to get more income from the event. Big thanks goes to DZmage - R2 s195 for the preparation of this info:

With the immune to slow removed, the World Boss became more interesting for mages and archers :D.

To max my earnings from World Boss here are some things i noticed:

1)   Double hit with only lighting bolt...  why? because lightning bolt has an extra % on damage than auto attack ... how to double hit with only lightning bolt? here are the steps: use any skill (thunderer has the priority because of the high damage and a chance to slow the boss) right after casting the skill hit AFK button it will choose a random skill wait till the skill is used right when your character moves ( or better when you see the skill name in middle of your screen) hit *z* for brutality and then ( i guess everyone has light bolt on key 1 short cut) press 1 and don't move your finger you will see the lightning bolt symbol on your head ( showing and disappearing very fast) that way you will cast 2 x lightning bolt instead of auto attack + lightning as a double hit.

Note 1 : after using the brutality rune, i advise to use thunderer to max the earning from the brutality boost especially if the 1st thunderer didn't slow the World Boss.

2)   As we know thunderer is the priority on World Boss so every time its ready to be used, even while we doing the double lightning bolt hits, we can use thunderer after the 2nd lightning hit without doing the step 1 again we just need to keep the short cut 1 ( which is lightning bolt) pressed again.

Note 2 : right after using thunderer except for 1st hit ... we also can use chaos, amenesia, blood rune or mire as well without losing any turn. 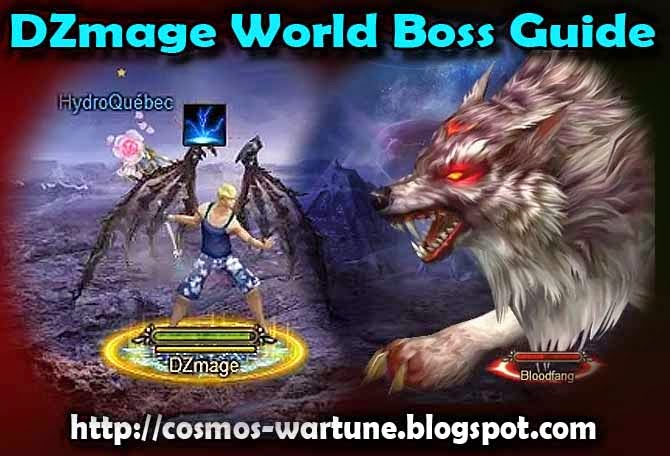 3)  I always use my brutality combined with sylph mode as Cosmos showed it to us on his video ( btw thx for the trick it was really useful not just on World Boss but also arena, crypt etc) ... many told me to save my delphic for last hit due to *unstable voltage* on gaia which gives u 5% damage every time u get damaged, but with the brutality i get 15%+ 10% from gaia passive which makes it 25% but in last hit i max get 20%. In addition to this, if my thunderer slows the boss before i use my sylph mode, i get less than 20% from my gaia's passive so on both cases its better to use it while brutality is used.

4)  We all know the moment World Boss use his delphic, so while we are still on sylph mode and when we choose our last skill for our last hit press cancel and right when it cancel press *x* for (chaos, mire, amenesia or blood if we don't have none of those) in case we have all of those runes, highest % damage win :) ... it doesn't work every time but its over 80% success so good to have a try :)

Note 3: if the 2nd thunderer doesn't slow the boss just use ( chaos, amenesia, mire (has the priority but since i don't have it i never really thought about it)
or  blood rune if we don't have any of those) then continue to double till we got the World Boss delphic.

Note 4: for all gaia users on World Boss that already have the Unstable Voltage passive, should set troops in back side because every time World Boss hits our character we get an extra 5% damage... everyone should have noticed this but just in case ... a reminder wont kill anyone :)

Here is my video i uploaded on YouTube so you can check it (2 parts since for some reason my record software cancel it in middle).


Cosmos, thank you a lot for your great work on the blog and all your videos :)

PS: Sorry if the explanation is difficult, did the best I could with my English :) hehe