Here is a preview of what the red equipment looks like for each class. 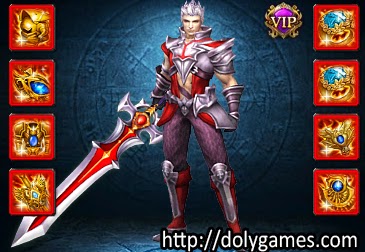 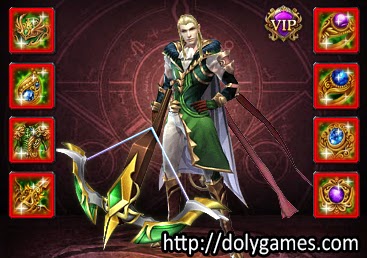 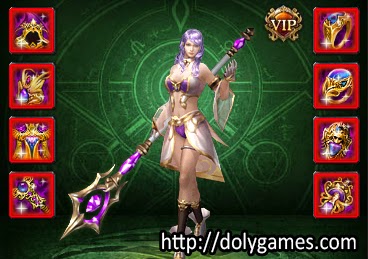 You need x300 Titan Stone and Steel Titan Fragment per piece which can acquired in the "Narrendra Dungeon" which unlocks once you reach Class Level 8. After turning your piece into red, the enchants, refinement and sockets resets. 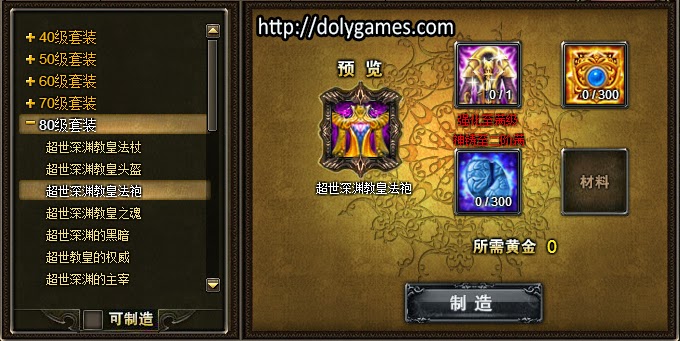 Once you reach Class level 8, you unlock this dungeon which is possibly the last dungeon in Chinese Wartune up to now. The reason why you need 700k to 1 Million Battle Rating players is because the dungeon monsters are hard themselves. This battle rating may sound crazy but the patch that comes before 4.0, will give you that good battle rating. Even me, a 350k Battle Rating could not get the slightest damage to the first monster. Unlike regular dungeons, this dungeon is divided into 4 maps which has it's own BOSSes and monsters. Up to eight players are allowed in the dungeon. The eight players will be divided evenly into two teams which will be explained below.

Intro: In this map, there is a monster territory and BOSS territory. You have to clear all of the monsters in order to attack the BOSSes!

Monster: Each Monster has random buffs which can effect the players battle. Once all of the monsters are defeated, you can enter the BOSS territory.

BOSS: There are two BOSSes, one of the BOSS does physical damage while the other does magical damage. The BOSSes switch their battle team every 10 rounds. If one team dies, the team has to re-challenge the BOSS which kind of sucks since the BOSSes HP resets. Both of the BOSSes must be defeated in the same round, otherwise the BOSS that dies will respawn.

Intro: The two teams will each receive either the second or third map after clearing the first map. The second map is Ice Zone and the third map is Flame Zone.

BOSS: Before attacking the BOSS, both of the teams have to clear all of the monsters. There are two BOSSes, the Flame BOSS and the Ice BOSS but this time, the BOSSes do not switch teams since the teams are in different maps. The team that defeats a BOSS will receive a victory and will be taken out of the battle. The finished team will have to wait on the other team that is battling the BOSS before entering the next map.

Intro: Both teams will have have a different respawn area and different monster territory.

Monster: The monsters in this dungeon are random meaning their could be monsters from Map 1 in this Map. Both teams must clear their monsters to arrive to the BOSS area.

BOSS: You know how the Dragon Invasion BOSS resets it's HP once all the players die? Same logic in this BOSS except that there are two teams attacking. If a player dies, he or she can respawn and continue attacking but if the entire team dies then it is not possible to fight the BOSS anymore and the victory will depend on the performance of the other team.

Once you upgrade you equipment to red, you can go further in Holy Casting which is called Advanced Holy Casting. For the orange equipment, you can see that the holy casting is in orange while in the red equipment, it is red. If your Holy Cast level for orange equipment is low, once you switch to red equipment, you have to start from that level. The two items required for Holy Casting Red Equipment are Vulcan Pliers and Vulcan Anvils which can be obtained from the Narrendra Dungeon mainly which is a good thing since you can't get Vulcan Stove/Hammers from dungeons. You can get around 3-5 Vulcan Pliers/Anvil per day. Per Holy Cast it costs x3 Vulcan Anvil and x3 Vulcan Pliers.

Some of the other sources to get these items besides Narrendra is Titan War, Glory Shop, Mystery Shop and some small hot events like Group Purchase. 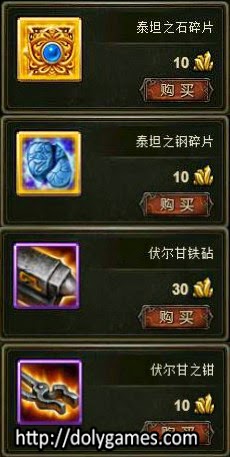 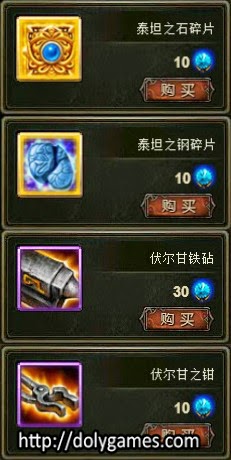 Titan Stones are the only thing I saw that was available in Mystery shop but others may/may not be there. One Titan Stones Pack costs 500 Balens/Bound Balens which has x100 Titan Stones.

Here is an estimation of gold required to enchant red equipment per level. If the image is too small, click on the image for a larger resolution. 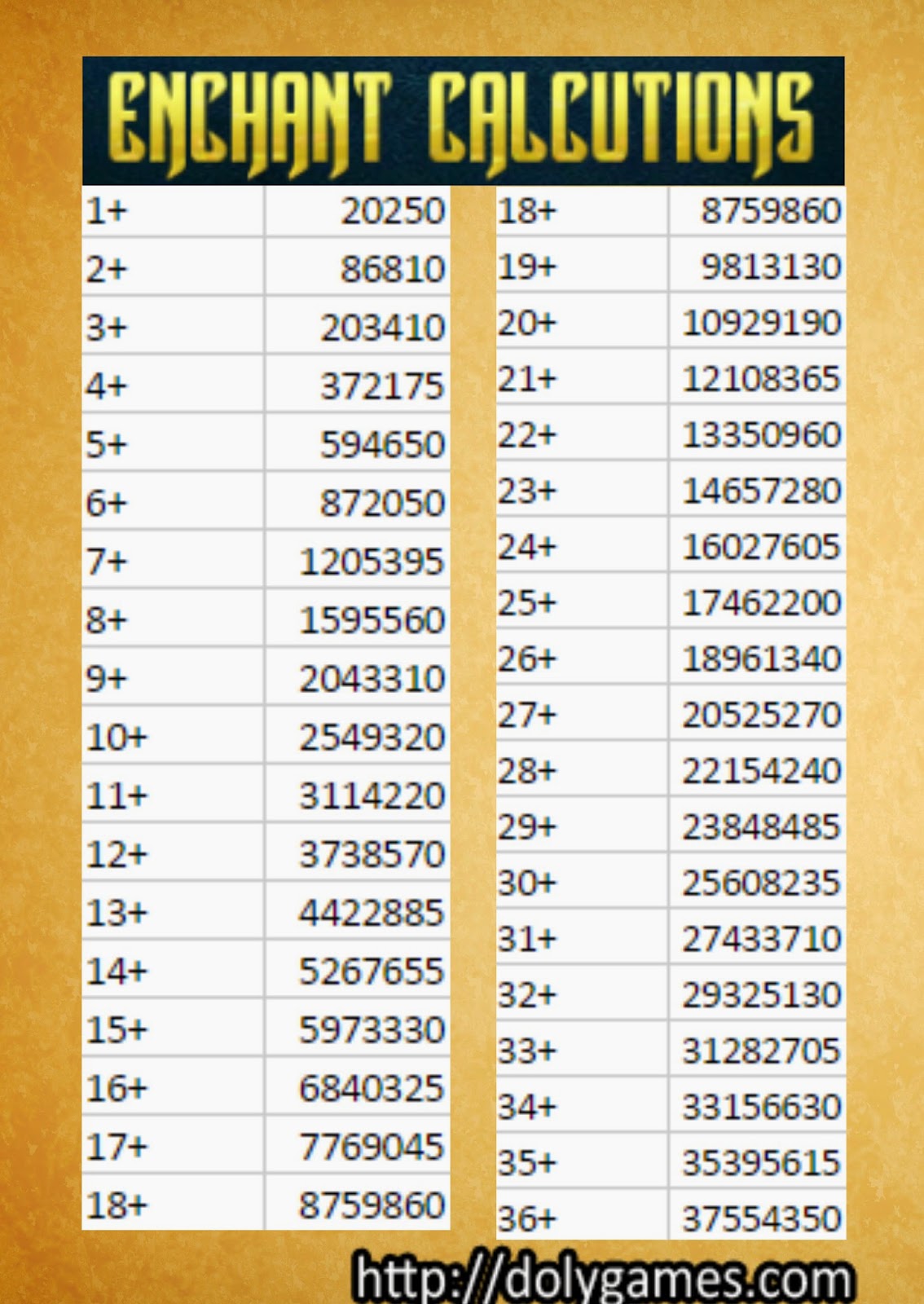 To refine you Level 80 Red Equipment, you do not need any other special refinement crystals which means you can still use the Level 80-89 Refinement Crystals, so save them up.

Pontiff of the Transcendent Hat:

Pontiff of the Transcendent Abyss Staff:

Domination of the Transcendent Abyss Ring:

Darkness of the Transcendent Abyss Ring:

MATK: 552 (The Orange Equipment has 460 MATK)
Crit damage received reduced by 10%, not applied when battling players.

The Level 80 Red Equipment is really awesome in terms of Stats. Although it will take months to craft the red equipment, what fun will it be to not have a goal in Wartune? Many people might complain how this is casher set which is sometimes true and false. True that cashers can complete the red equipment fast, cash to holy forge their marvelous red equipment which will probably happen but it is also false because with patience, you can get the same equipment after a period of time. As people say, "Patience is a Virtue". Hope you guys enjoyed this article and comment below or ask any questions on the red equipment.
Posted by Unknown at 11:00 PM No comments:

Hey guys, previously, Eliatan explained some info on Titan War and rumor has it that the preliminaries will start on the first Tuesday of March! Although the event is similar to Class Wars, the rewards are a simply different and better!

Unlike Class Wars, there are three different titles which are rewarded to the top three titan war team winners. All of the titles are permanent. 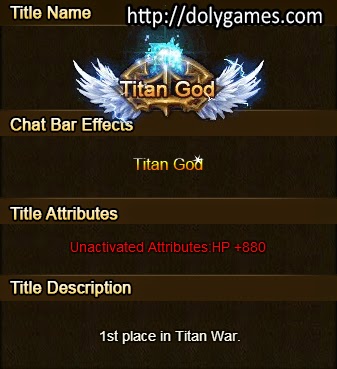 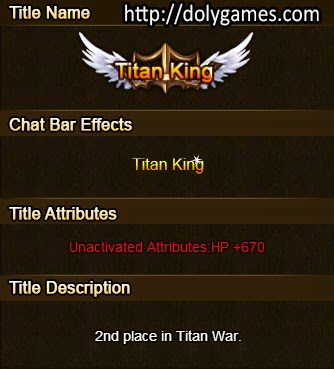 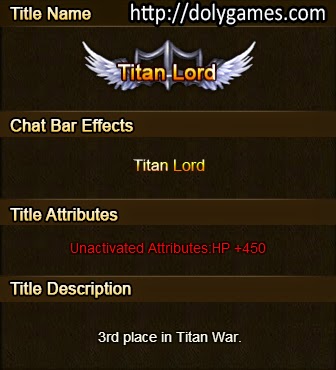 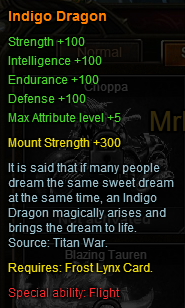 Chinese Wartune has more features than us so that means they have more items in the Titan War Shop but there are many things in there that we have already and there is a chance for us to have them in our version of Titan War. 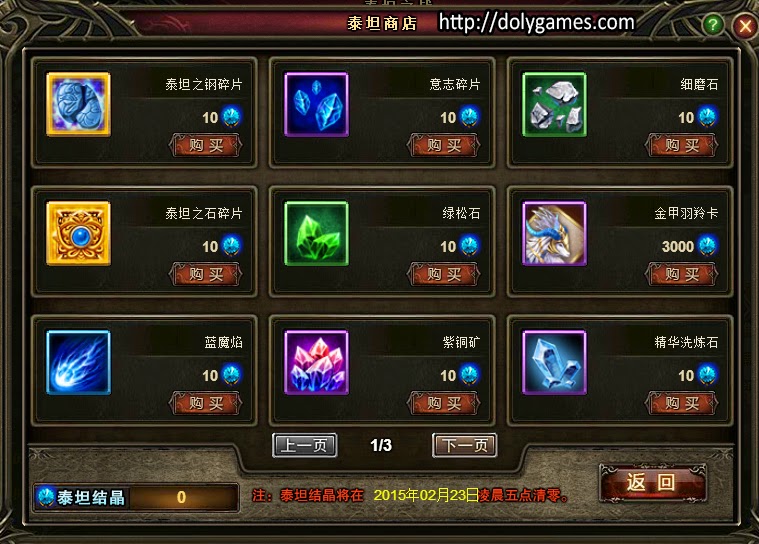 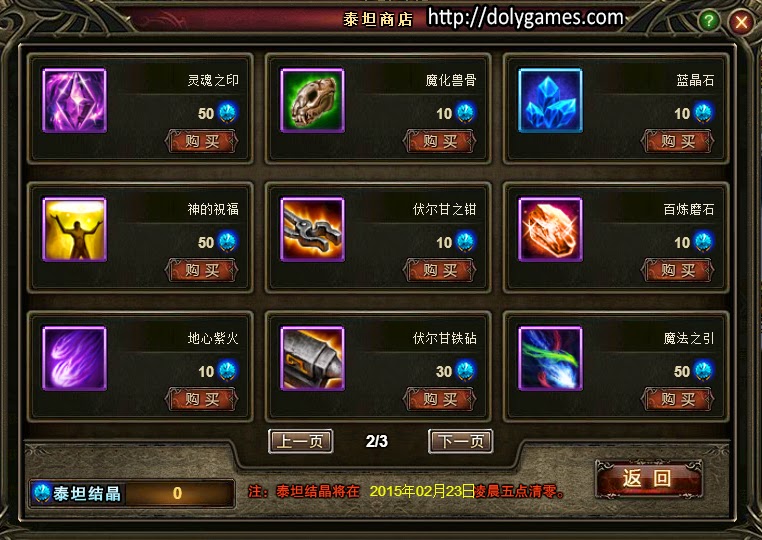 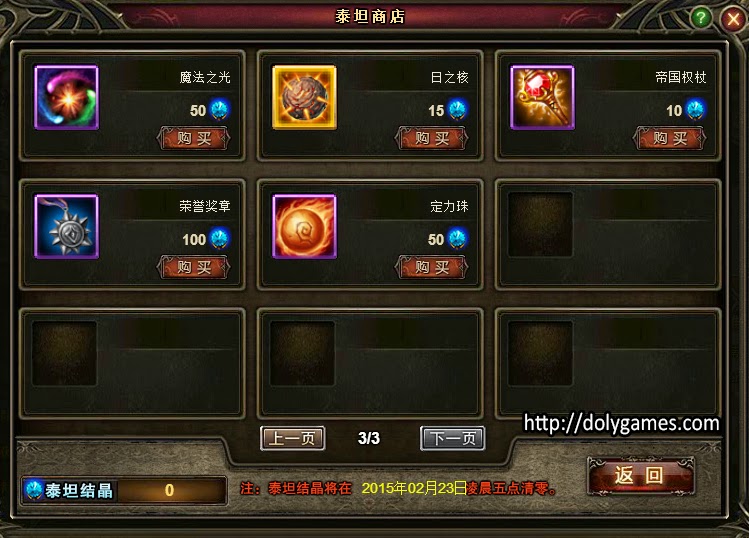 The only things that might be in our version of Titan War will be: 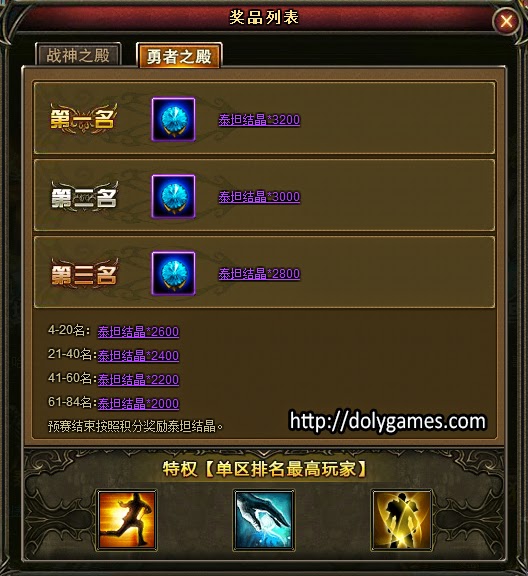 In the finals, the top three receives the titles, and the Indigo Mount as I explained above. The Top Rank also receives a Worship Statue. 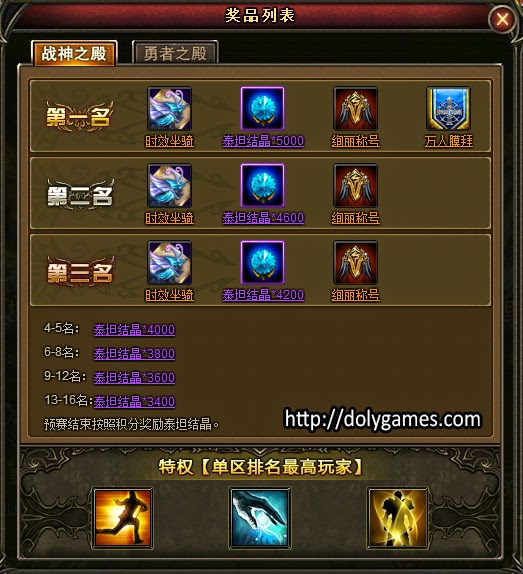 By clicking on the "Worship" button you get EXP and Gold. The amount depends on your level. The Worship Feature can be accessed by clicking this logo:

Then this will pull up: 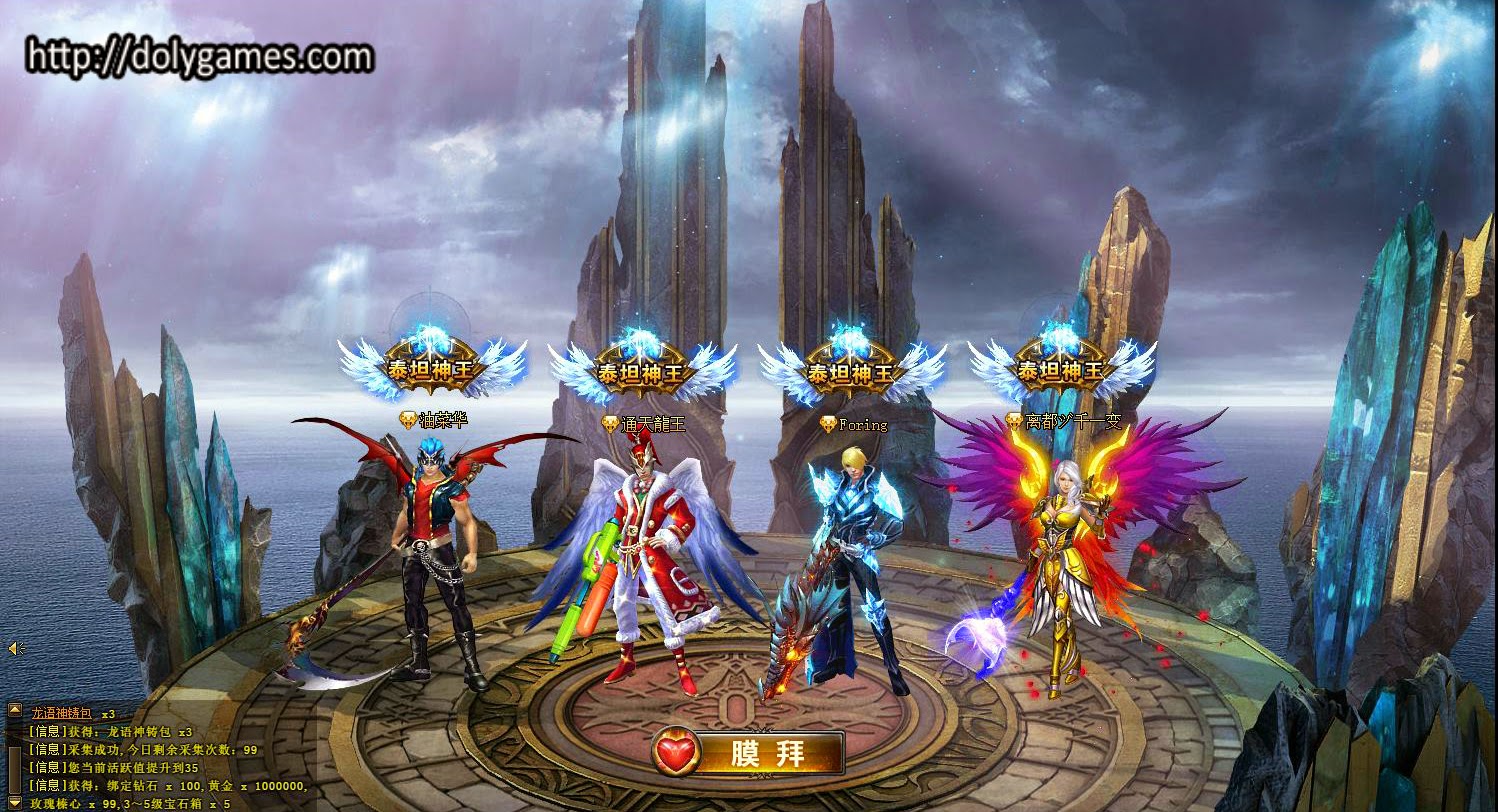 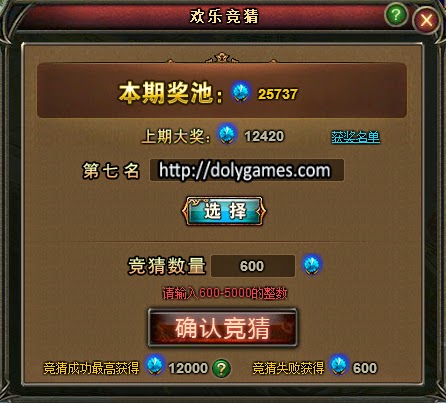 Credit: Eliatan's Article on Titan War Info:
The team who ranks 1st on  on their server and who also ranks in the top 30 in all server rankings will obtain the following:
The part I still don't get is about the Fighting Phantom Mount. There is no such mount rewarded or any other mount in Chinese Wartune and the "Fighting Phantom" is nowhere to be seen in stables. Guess we have to wait and see.

Hope you guys enjoyed this info on Titan War Rewards and comment below your opinion or just drop a comment.
Posted by Unknown at 3:19 PM No comments: