Hey guys, thanks to Johnny L., I share with you the mad costs for Astro-slot refining (see picture below) from:


When you are confronted with this madness, as previously written, you have to consider if it is worth it to invest so much for just one percentage point and most people will get a lot more benefit by investing such amounts of gold elsewhere.

Regardless, sooner or later we will all probably pay this price, but i'd say more later than sooner :P hehe 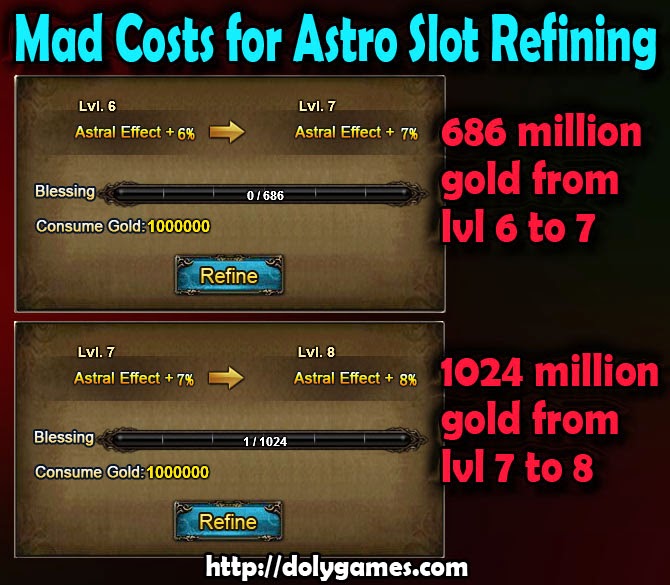