Hey guys, apparently it is becoming fashionable for the game owners to sell mounts directly, so I guess we can expect a mount on sale every month. Only question is will there be mounts also in the monthly events, because if there are then the casher crowd will be adding 2 mounts per month while the free players will not. I am not sure if the game owners realize but the way it has been setup now is that free players cannot at all compete with cashers, which was, as a general rule, true also before, but before there was a chance and now i feel that a free player can do nothing vs. a full stable / aura / clothed / orange sylph casher.

This does not mean that free players should be angry - it is still very much possible for anyone to enjoy the game as long as your ego does not demand too much :)

Ok so also the point of this post is to say that it seems mount prices are established at 4000 per +20 mount and scale up and down in equal proportions. Also to point out that within the Ostrich pack that is offered together with the Ostrich card there are 100 mount whips which makes it a balen cost of 10 per whip which, for cashers, is a very attractive offer, so my mage account grabbed the pack and the screenshots are below. 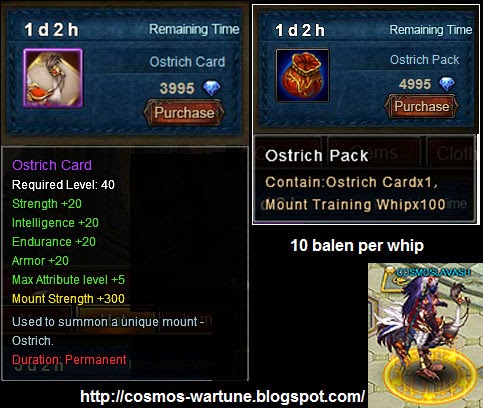 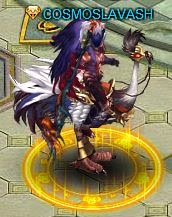