Hey guys, here see the much discussed, and, argued about with passion, the Lucky Clover Box drop rates.

Straight away I will tell you that there are a lot of people who opened 500+, 700+ and even 900+ boxes and did not get Hades and also there are people who opened less than 50 boxes who did get Hades. This system is, to my opinion, broken and I personally made a report on this issue with recommendations to a certain someone, which was very positively accepted, but the difficulty is that Wartune is actually a very complex mixture of responsible people and companies so getting things changed is not so easy.

Next up, I saw all sorts of nonsense that people talked about regarding the drop rates of the Lucky Clover itself. People should really stop talking silly things without actually doing any proper work. Here you see clearly their drop rate is rather high at 47%+.

Then generally all the proportions of costs and items is poorly made in this box (i also made a report on that), but otherwise to conclude basically it is a casher box with a chance to get Hades and if not then lucky clovers roughly half of it. 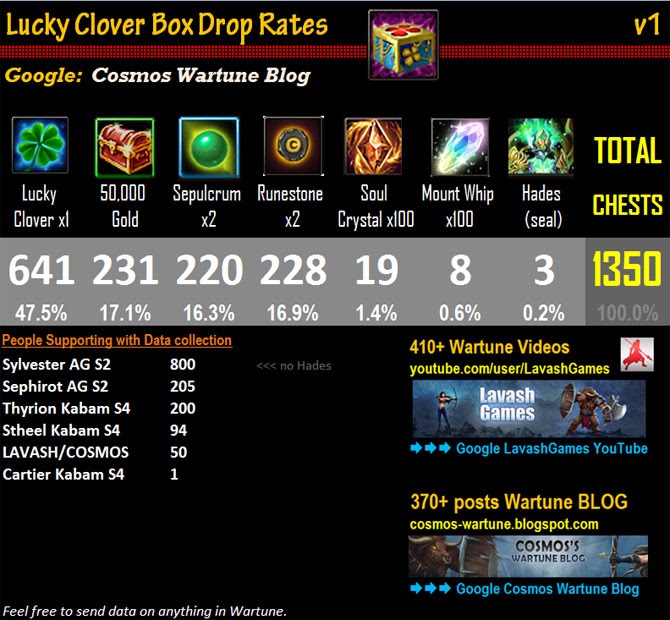