Hey guys, few days ago I finally managed to get my next level 60 jewel into legendary and that allowed me of course to add another gem to it as well as, after a bunch of World Boss income gathering, enchant it to +30 which increased my PATK considerably.

So first off here is the picture that I gathered 150 legendary stones of level 60 as well as the 2400 tokens for the 15 shards (and well the original jewel) as well as the money which they don't talk about much but it is a lot - 700,000 gold. 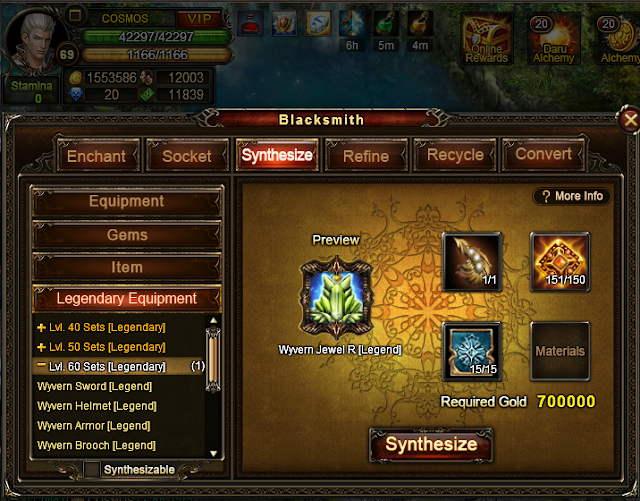 Then next up I opened up a socket with a socketing rod which allowed me 1 more gem. I think making legend items and getting this 4th socket is very valuable and even better than having an item of higher level but with only 3 sockets. 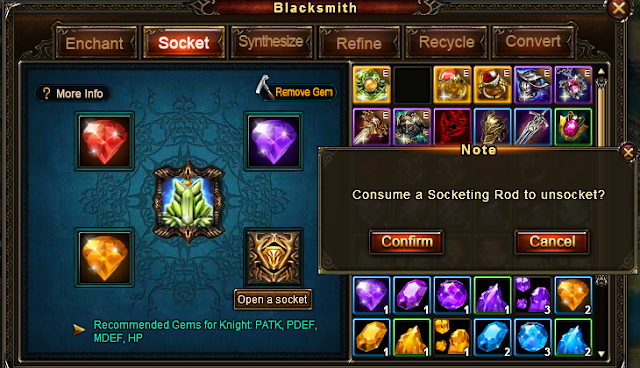 And finally here I had these stats before the jewel upgrade: 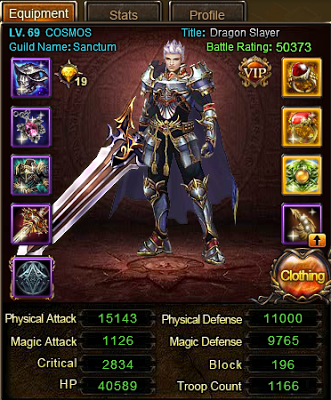 And now I have higher stats only I forgot to take the picture before getting the nightshade mount, so sorry about that, this is the picture after jewel and after nightshade mount (the mount gave about 200-300 more battle rating i think). But anyways I don't care about how little the BR went up but I much more care about that increase in PATK which I think is huge from 15,143 to 15,772. 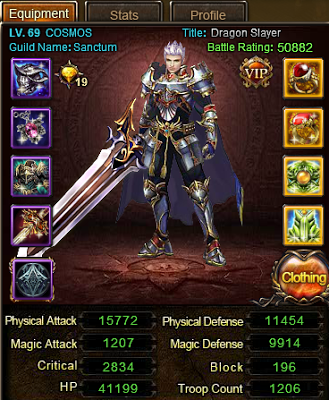