Hey guys, so Class Wars are over and I did really good I think for a non casher and I wanna make a comprehensive post about this from start to the end.

First off for those who don't know class wars will be 1 time every month. We will get a message from the game when the next one is so we can prepare and first it is the preliminaries then wagers and then the finals.

Now I understood that the most important is to get into the top 100 of your class through the preliminaries, because that pretty much guarantees that you will get 2000 glory crystals, which is a very nice prize. This is of course easier said than done, but with good preparation, determination and clear goal it is possible.

This is how the class wars start in Wartune with a blank hero sheet where the winners will be placed:

Here we can click on the Rewards link and we can see what I just talked about that the top 100 get nice rewards of glory crystals, so do your best to get into finals. 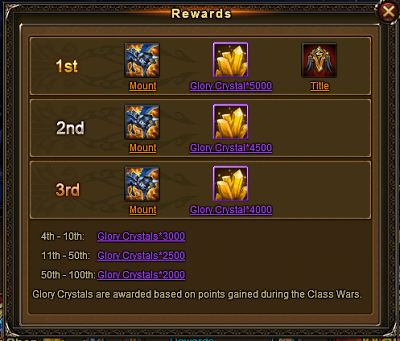 I did actually manage to rank 57th in the preliminary tournament of which i am proud given that i am a non-casher so far and i do think some luck was needed to get good opponents but anyways I made it and some stronger people did not, but here is my winning message: 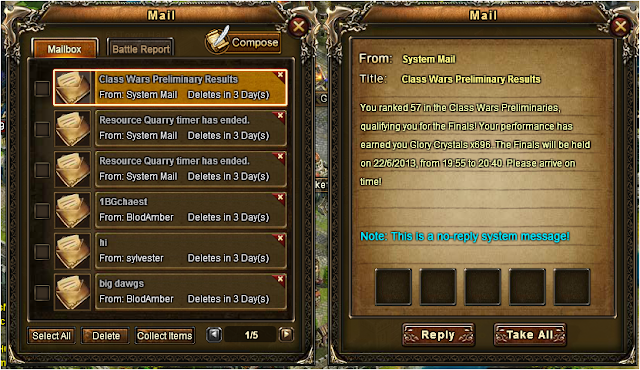 So you see above a bunch of people from our server who made it. Actually it is not a lot of people and i could not catch in the picture the 4 people above out of whom I know 1 is Guetti but the other 3 i can't remember. Oh 1 is Gargamel of course.

In the finals I actually tanked #75 which is awesome. I won 4 out of 10 fights and I do believe that was a great performance by me. I will of course try to do even better next month. Here are the knight's Top 10: 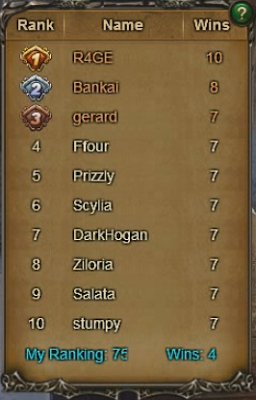 R4GE is a monster with well over 90k BR so it was almost a no-brainer that he would take the top spot.

Then Class Wars ended the the best performer of our server was Gargamel and thanks to him we got the Gargamel's blessing of +40% exp which we already
posted about yesterday. 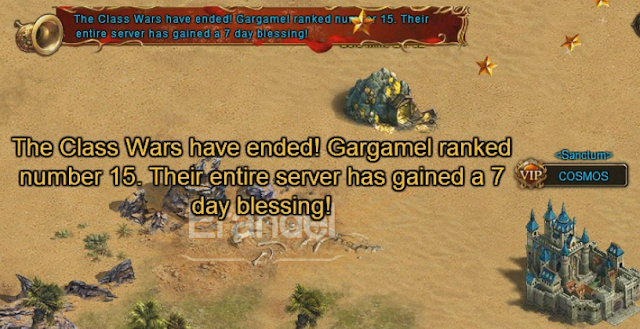 Then I got my final report where I made final rank of 77. Note the 75 was not updated and final calculations actually put me at rank 77 for the entire Wartune cross server knights' performance = I think is great. And I also got my reward of 2000 glory crystals.

And the winners of this June's Class Wars were:
Redoga for mages
R4GE for knights
and Zebq for archers 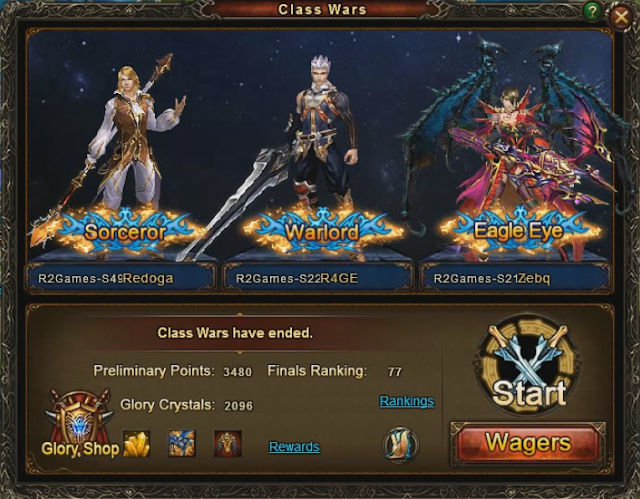 And now you can also see everything on video:

First up 3 part videos on preliminaries:


Next up the 2 videos for the finals: