Spire to Stage 19 Without Mages 2 Iris

(Posted by Cosmos, on behalf of Vlameni)

Hello, this is Vlameni from Kongregate Server 3 Europe (aka kong5), showing a spire run without mages but 2 Iris with aoe heal.

I'll try to give advice for a good spire run, also with a few variations depending on the teams strength.

Archers don't forget to take IS , makes the run much easier. Knights should take Apollo shield.

Well i think we all know that they need to die before last bar because they debuff for +40% damage received to players each and can't be removed. So, depending on your strength , time it right combine your strong hits at last life bar. Try to save your vulcans for later. If you are not sure you can make it, then better use vulcan than risk a debuff.

Needs also to die at last bar like the 3-4-5 bosses as he does a speed debuff to the team affecting our auto hits and also the time we need to cast runes. Just get all 4 teammates to cast their ultimate hits and no vulcan needed. If you can't deal enough damage I suggest to take the debuff, save your vulcan for later.

Needs scatter but if you can, do as I did in the video, don't take scatter but nuke at the start of the fight and then use light attacks & heal as this can save room for another skill as scatter is not needed anywhere else.

Immediately cast IS & Apollo shield if you have. There is also a nice trick. If your tank dies, then leave him dead, take 1-2 hits if the people in the back are strong enough and then revive him again. This worked really well back when formation was 3 rows. I recommend if you find it difficult to stay alive at 11, someone take iris to support heal to the tank.

Can't damage you a lot, but enrages to 1000% rather quickly so 1-2 vulcans would be fine unless you have 30k+ damage so you could take him out without vulcans. 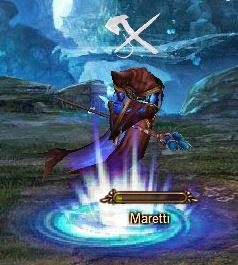 Hits once front row and then does a strong attack to all & damage debuff so start with IS and if you have a mage get puri ready so you remove the damage reduction debuff and vulcan him. 1 iris aoe heal after that hit is recommended. Also IS+apollo together work wonders.

Start immediately with IS+apollo shield. he does a deadly attack to all. Counter it with puri as he bleeds too. Vulcan recommended as he enrages fast.

Has a sweet tactic to die. As always, start with IS and get ready to heal your tank. You need to remove 1 health bar so she stuns you and gives full rage just like in lych lair. If you can't get that life bar removed fast, not only she will deal lots of pain but will also propably later enrage to 1000%. So , if the team is at about 30k damage ,use 1 vulcan early, someone get  iris ready to heal or mage. Now the fun begins: when you are stunned, get a mage to bl or an iris to use rain dance in a row. Archers vulcan - sniper - sniper - sniper, no other skill (well except if you need IS) and kill her fast. Watch the video as it's much better than reading !

Well, you still have zero cooldown from the previous boss, so vulcan her! just 1 thing, she deals a deadly attack to all so have IS or apollo or both ready and also prepare to heal all.