Hey guys and especially mages! Cosmos Mage is growing strong and here is the development Day 15 to Day 19 and a few words from me to support the pictures.

I was initially going for the legend 40 set but changed my mind and started gathering for the 50 set. this is because I got sufficiently strong to be able to get ~500 to ~1000 honor per Battle Ground so technically I don't need urgently the 40 set. Now I already gathered about 100 crystals for the 50 set so soon I will be getting I think the 50 hat.

In the meantime I also grabbed the arena 45 neck piece just for the time being. It did cost me some insignia but it helped me be stronger for the battle ground fights until I get the 50 item.

For catacombs I actually managed to beat the 90 boss as well as the 95 boss so only the 100 boss remains. He is a lot stronger so I need to wait a little bit before I can bring him down. Still this was an awesome accomplishment to do while having something like 25k BR.

In the Battle Ground, as I mentioned, I am doing alright. You might have seen the BG video I uploaded on LavashGames. If not I put it here below this post for you. Last 2 BGs I made ~900 honor which I think is great given how new Cosmos Mage is, my BR and condition of items. Of course I can't compete with the established monsters, but I do fine.

Here below are the screenshots from COSMOS Mage Day 15 to Day 19 from Wartune Kabam Server 4 Europe. I also highlighted for you as much as I could the main changes from day to day.

The plan still remains to hold the level but it is not easy at all. For example I did a small summoner run and due to the double experience event each summoner fight was giving me 200k experience which I could not avoid as I have to get the loids and legend stones. So I am now Level 53 and have to do my best to not become Level 55, but it is tough, experience just seems to fall down on me :)

When you look at this pictures from Kabam Wartune note that the BR fluctuates depending on the Academy Blessing Wheel that I have for the day. I wrote on each picture what is the Academy buff. 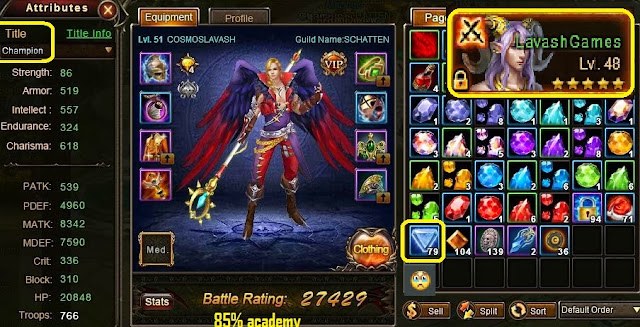 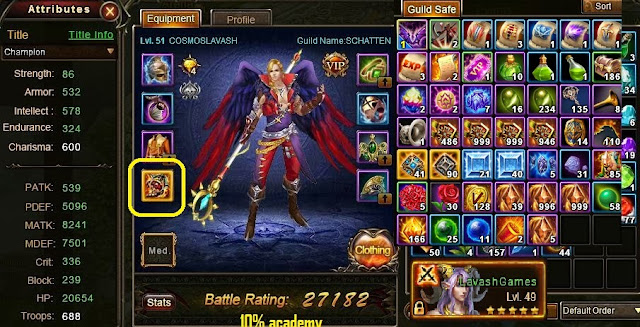 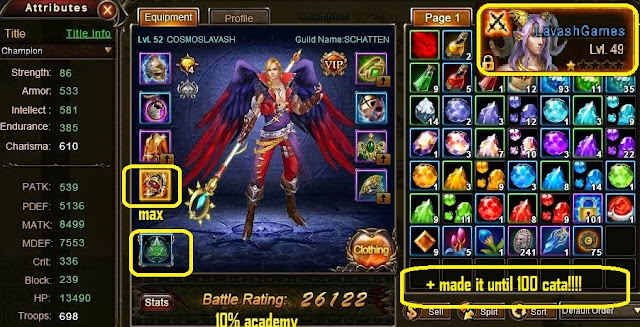 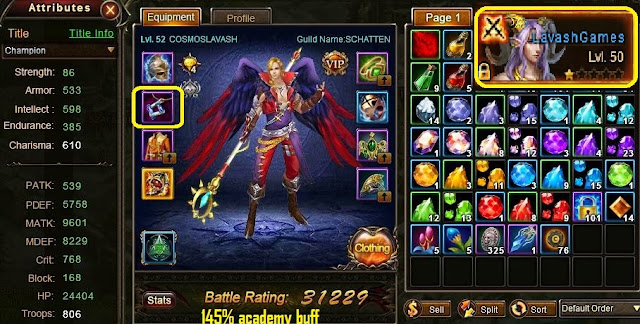 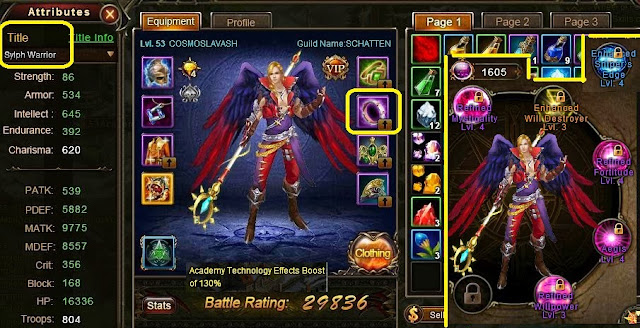 And here is the video from my Battle Ground few days back if you didn't see it: