Hey guys, here are the drop rates I prepared for the Piles of Stinky Socks which were being collected during Christmas time. As you might know we had the chance to exchange 60 Colorful Socks for the Reindeer mount, which was very much a doable task, so actually tons of people could do this even for free as long as they were active.

You will notice that 5 insignia is for some reason as rare as mahra, which is a bit of a silly game balance. Otherwise gold and daru have similar rates which is logical and kyanite has less than these which is also logical. Socks and decor roughly equal as well interestingly. A lot of non-cashers could not open the decor though because it costs 25 balens to open one, but for cashers the price itself is not so bad for the rewards inside. 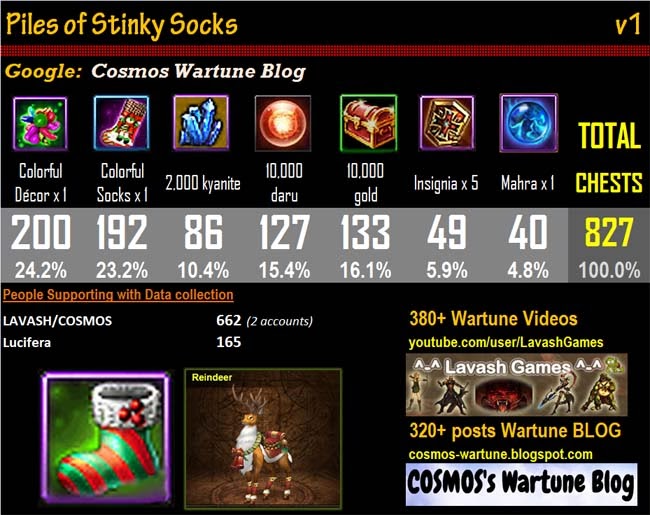