Hey you guys, Version 3.40 Part 3 is coming to all servers in a week! Test servers just received it, including the new troops, Demonic Knight and Demonic Angel.

My recommendation is to get the Demonic Angels, for all classes. Though I think most went with Templars before and therefore have more built into their troop PATK stat, in the long run once your academy is completely filled out, the Demonic Angels have more inherent attack power than the Demonic Knights do. In the picture below, the stats in white are the base stats for each troop, and in green shows the player's academy bonus stats (thanks Jenny!).

Since it's also highly recommended that you choose your class-appropriate ATK Troop Enlightenment (MATK for mages, PATK for knights/archers), you'll see bigger gains to your battle rating by using the angels over the knights. Templars were the troop of choice for most players back when troops actually tanked things, but troops are so weak relative to players now, that's not very important for endgame play.

Lastly, I recorded the Daru costs from TheThrell's video of these new troops: 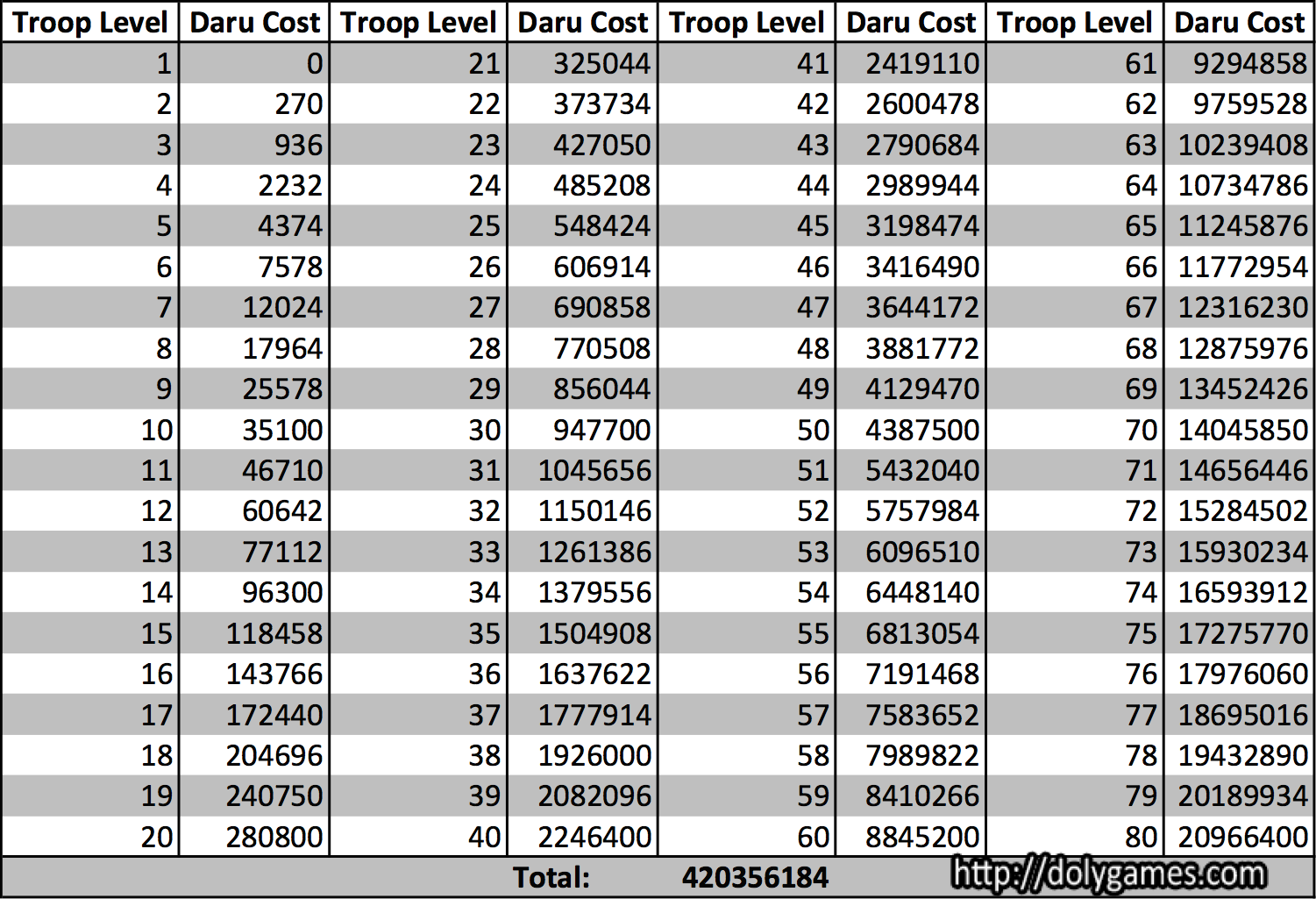 The total cost turned out to actually be a lot less than I thought it would be. This will still be some effort for those that have been going crazy in the Wilds Shop, but not as outrageous as some of the numbers I've heard rumors of previously.
Posted by Unknown at 6:20 AM