Hey you guys, Bloody Inferno has been patched into all the servers now! Since Krishna already explained quite a bit of Bloody Inferno on the blog, I just wanted to add a couple efficiency tips and clarify which buffs players receive at each round.

Blood Inferno consists of (up to) 6 rounds of enemies, each of which consists of four mobs and one boss.

Mobs will all spawn at the same time on four black circles, and after these are defeated, the boss will appear in the middle. For the sake of efficiency, I recommend teams put one person stand at each of the 4 mob spawn spot. This also makes it easier to pick up the chests that drop from each mob, which appear directly below your toon. Also, mages have the fastest, lowest cost, area-of-effect (AoE) damage of the classes, so if your group has mages, use them to defeat the mobs, and have other players use basic attacks or runes to build rage for the boss. I thought I was going crazy when I saw the buffs change each round, but later I realized my initial observation was actually correct. Though the bosses for each round appear to be randomized, the set of buffs available is an exact set for each round. 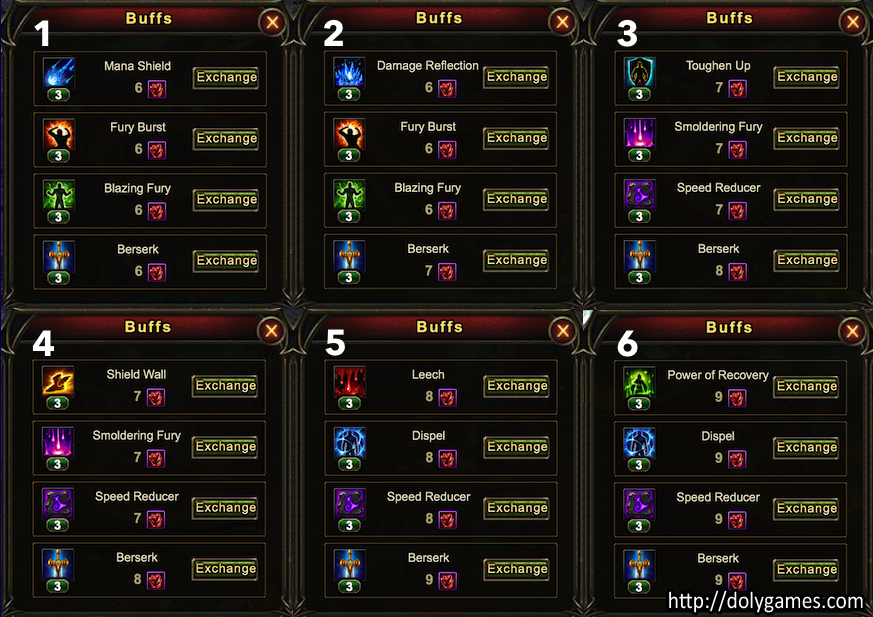 The buffs increase in cost at the later rounds, but I don't think it's really going to help much to buy them. Players get 2 of each for every round, and they have long cooldown periods similar to Spire. Probably the only reason it's necessary to buy these buffs is if you fail to defeat a boss, and need to replenish them.

The most important buff, and the only one available for all six rounds is Berserk. I recommend for stronger groups that require less strategy to win to use Berserk at the beginning of each boss fight, in sylph or class mode, to get things done quickly.

Likes
It's great that they're putting out a camper-friendly dungeon for once. None of the rewards include EXP, and the prizes include gold, materials for a mount, and shards to make reward chests. 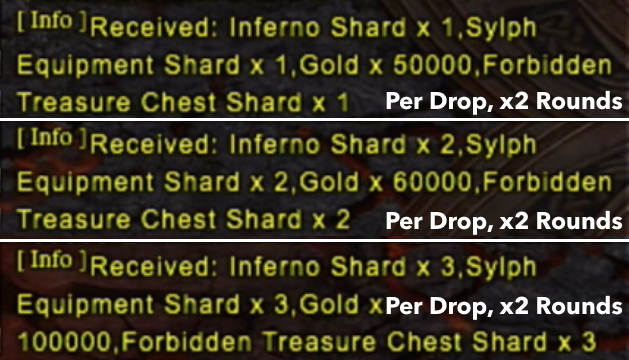 Dislikes
It's another time-consuming PvE (player vs. environment) addition to the game. As someone that really enjoys PvP (player vs. player), I wish there were more (in particular, 1 vs. 1) PvP patches instead of adding daily multiplayer dungeons to grind out. As it is, my daily group had only been doing Dragon Invasion, Group Arena, and Tower of Kings (and has cut out Nirvana and Spire), for quite some time now. It looks Bloody Inferno will get added to the pile as well, until further notice.

Here are the videos Cosmos and I did on the first day of this new release :)


What do you guys think of Bloody Inferno? Any helpful or interesting things you've noticed so far? Share in the comments!