Most Profitable Items in the Arena Shop for Gold Income

(Written by Raven for DolyGames; Edited by COSMOS)

A lot of people have already finished making their level 70 sets and only need Insignia now for their medallions. It is still possible to make profit out of all the Insignia you have stored up in your mail, inventory or Guild Vault. 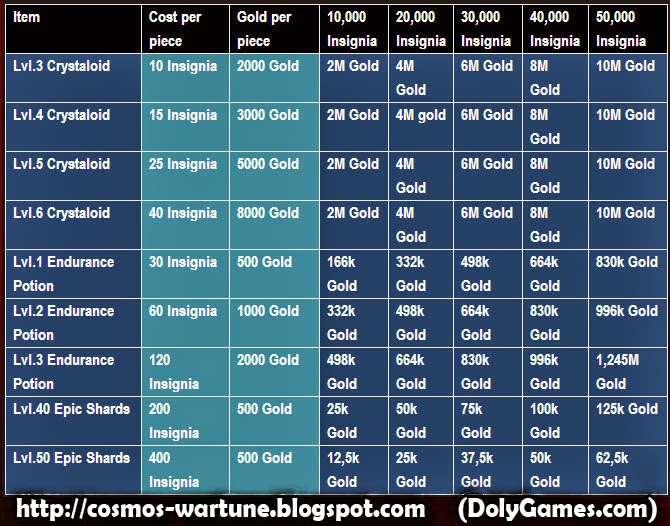 Thinking about your Bag Space

Looking at the table above, you can see that all Crystaloids and Level 3 Experience books give the same amount of gold, however, if you want to store up gold for later use rather than sell immediately it would be a lot wiser to invest in Level 6 Crystaloids because they will take the least amount of your bag space.


According to a friend from my Guild, the Chinese servers have Insignia converted to a resource rather than an item. Their Insignia is directly available from the Arena Shop instead of taking up loads of inventory. This is pretty cool, but the downside to this is that the current amount of Insignia does not appear on the game UI,  but instead only in the Arena Shop.

What is your opinion in the best way to make Gold using Insignia?  Would you spend your Insignia’s on some of the above formula’s? Do you know a better way to make even more Gold? Let us know.

People who don't yet have the 70 set


For the lower level people or those still gathering for the 70 set it would be better to use insignia for your equipment, however, you might have a situation where there is an event with great rewards such as the clothing identification, in which case you might consider selling off some of your insignia for a gold injection. But I would only suggest this if the reward is really good.

Other uses of Insignia - Refinement Crystals


Apart from selling for gold, another choice would be to buy the equipment items and recycle them for refinement crystals. As this post is about gold profits I keep this point short. 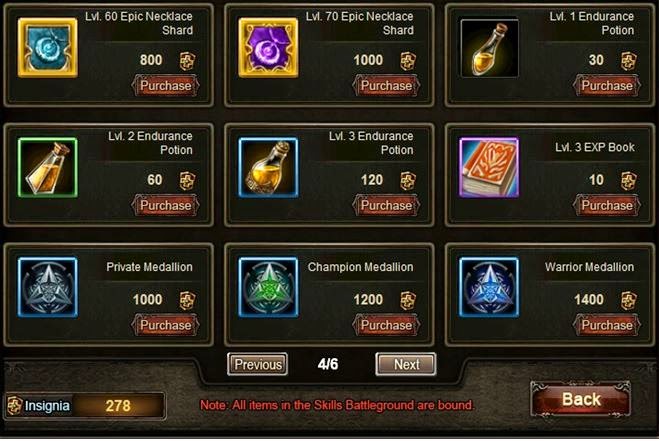