Hey guys, here I have collected 140 attempts at the MAGIC POT and made a report for you to show what kind of drop rates we have for various items. Note, there are more items than these available in the magic pot but in the 140 attempts that I collected these are the ones we got. The sample size is not awesome but is not bad either - you immediately see the more frequent ones such as 20k Kyanite, 120k Daru, 4 Mount Whips and strangely Level 1-5 Gem Packs all above 12% chance. The 4 of these together make up 59% of the drops.

The magic pot was costing 65 balens per attempt, so from say 100 attempts which would cost 6,500 balens then 60% of these, so 3,900 balens would give the above items and purely technically speaking (cause people called these "trash") it is not a bad return for the balens - for example Mount Whips are technically 35 balens per piece so 4 pieces are, even with a discount, more than 120 balens while it costs 65 to attempt the pot + the chance of getting something more. But still the values in the pot are messed up and I wish to have a bigger sample size so if you wanna support with the data just email me when you have the pot available. Here is the report: 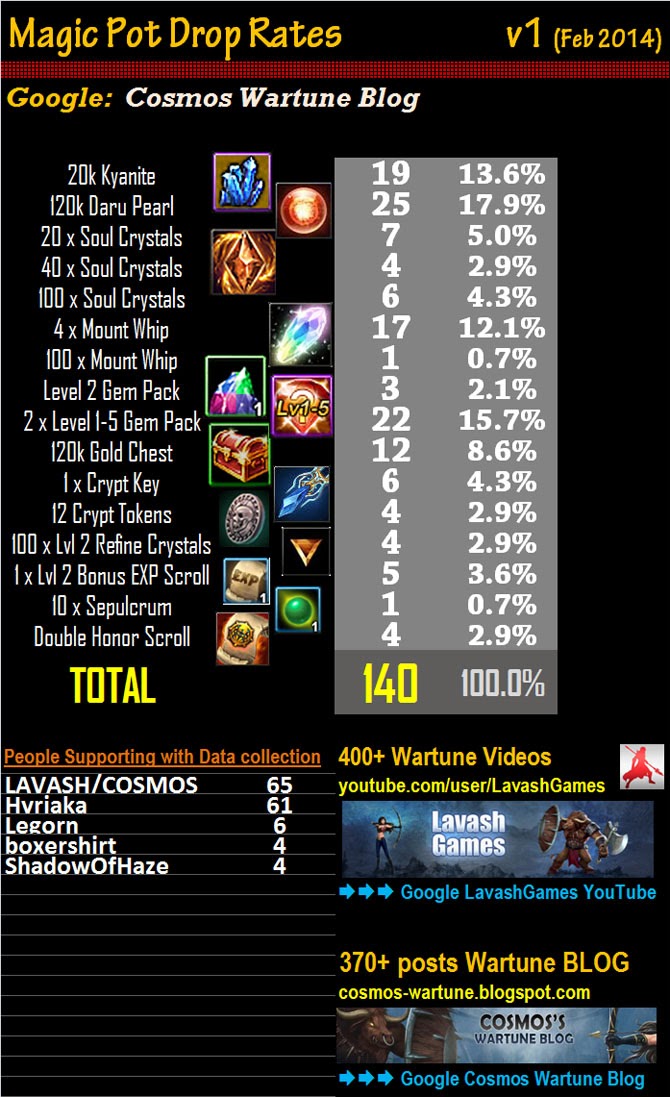