Q&A: How does BLOCK work in Wartune? Everything about blocking! 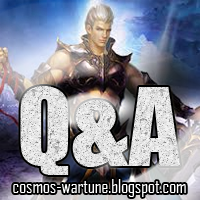 Can you explain how block works? Is it a reduction in % of incoming damage? and healing from knight's passive as well? Also how many points must it be to be effective?


Okay, so, first off nobody knows the real formula behind things like block or critical, but people suspect that each 1 point in these gives a certain additional % trigger rate as well as % amount of reduced damage, so normally the more you have the better, BUT, we also know that the earlier points have a bigger effect than the later points, so for example the first 500 points make a bigger effect than the next 500 points and we also know that the higher level you get to the smaller the effect becomes if let's say you always kept 1000 points. So they will be worth less and less as you level up, which means that the trigger rate will happen less.

So what this means for your block is:


And remember that even if you put no points at all there is always a BASE trigger rate, which means that even without points it will work sometimes.


As for knight's healing that depends on their skill called Enhanced Block which at maxed out level 2 has a 100% chance to restore 4% of total health to you when you block. It is a passive ability. So the more health you have the more you heal per go and also the more block you have the more often this healing will occur.
Posted by Unknown at 1:19 PM