Hey guys, we got the April Gem Synthesis and Soul Crystal events online and there is one very nice surprise which we didn't expect.

First of all the the good news is that the Gem event is unlimited!! I just synthesized all my gems all at once and collected several times the rewards, which was awesome and much more preferred than saving gems from one day to another like in the past! And second is some bad news... 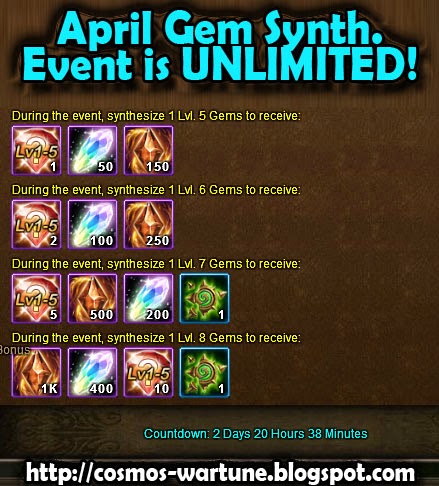 ...the Soul Crystal event which I didn't originally think to take part of since again the monthly event item is not in it now has again convinced me not to take part in since the it is now an exchange event... Let's look at them:

You see I have about 33,400 Soul Crystals which I saved up (and that's not counting the 200+ unopened TOK NM boxes), so taking the gold reward for example where you get 3,000 gold for each Soul Crystal I could exchange my stuff for 100 million gold. Hmmmmm - is that a good deal? I don't think so. If it was soul engraving and you got 100 million gold extra - one could consider, but exchanging? I'll pass.

The second choice is exchanging 10 Soul Crystals with 2 Mount Training Whips, which means for my 33,400 I would get 6,680 Whips which sounds very nice, it's more than i have collected so far, but again, it is an exchange which means I would completely lose my Soul Crystals and just get a bunch of Whips and maybe a future quest will exchange them back making it meaningless. Could be better exchange rate but we don't know and I don't want to take such big risks for no reason.

So what do you guys think? What are you planning to do? Put it down in the comments. 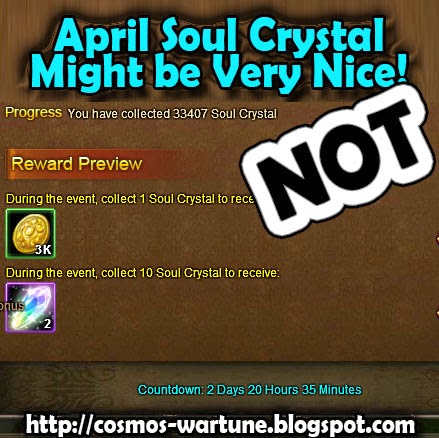