Hey guys so we have the announcement here that the patch is coming early April :)
which actually means that the earlier gossip we had about the 14th of April might be correct!

So the bad news is that we are NOT going to get red astrals it seems because it is not mentioned in the announcement at all so some people are saying that it is going to come in Part 3 which we like never even heard of or do you think they forgot to mention something as important as red astrals???

We are gonna get the SPIRE which is a new ladder system where you can team up with friends - this i am not too excited about though because it gives me an impression of being just a cash trap :)

Then we are gonna get the new troops which it seems now are going to be the Templar and Warlock but i am still confused about the other troops which i found out and posted in the article 1.5 Patch Part 2 NEW TROOPS. 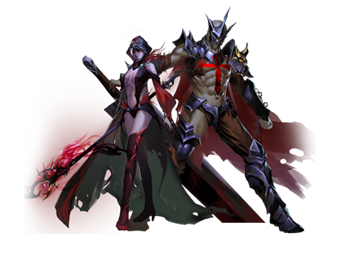 Then we are getting a new title system so you can apply various titles to yourself. This might look something like this: 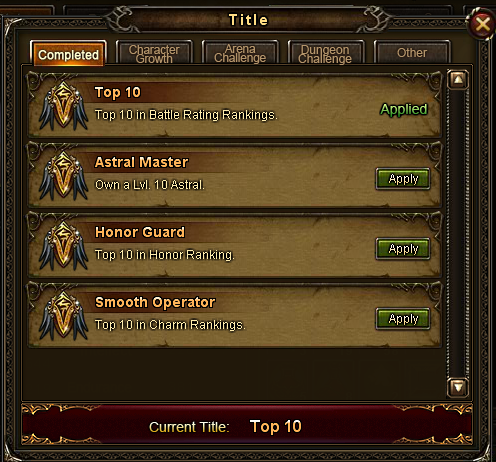 And last but not the least is the World Boss stand in system which from what i can figure is a computer bot which does the world boss event for you, which, according to the recent R2 Games video might be a paid service which gives you comfort of doing nothing while the bot earns gold and daru for yourself. This might actually be quite huge for many players as the income is nutz and this could bring lots of earnings for R2 Games.

This is the comment the forum moderator said about this: "think of it as having a twin to fight your battles for you"

But really the whole noise and expectation is mostly for the new troops.
Posted by Unknown at 4:07 PM