Hey guys here I made the picture of my best World Boss fight and earnings (its a picture I made from several pictures) and wow so much damage and gold and daru its crazy!!!!

But notice that this was also a FAT boss with lots of HEALTH like 40% more or something, which happened after the patch but i think by now they have fixed it back to normal which is around 250 million health or something.

But also imagine if I made this income for myself being a non cash knight - just imagine how many millions the top people made - I would venture a guess and say somewhere up to even maybe 5 million gold and daru. 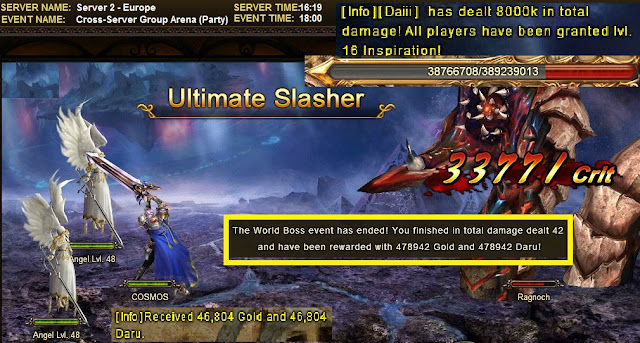