Hey guys, in the test server, the third Cross Server Guild Battle has appeared but registration has not appeared which probably means that once all servers get the new patch, CSGB will be launched again (April/May 2015).

We've had CSGB twice and in each CSGB, a new mount replaced the old one in the reward shop but this time, the Snow Yak Mount is still there. The items in the CSGB Reward Shop have not changed but a new item, called "Blue Crystaloid" which is used to enchant the Eudaemons (Guardian) Equipment has been added. These will be useful in the future so make sure to hoard some of these! 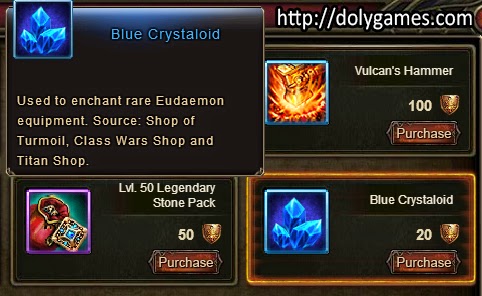 Good Luck to everyone out there and lets cross our fingers in hope that there will be no more black screens, glitches, bugs, etc, in these upcoming third Cross Server Guild Battle!
Posted by Unknown at 11:04 AM