Hey guys, a very interesting subject for discussion is when the way you used to play the guild battle does not work anymore. What do you do if everything is going well and all of a sudden your enemy's top player has become strong enough to take out your war chariot? All of a sudden you don't get your 600 points anymore and you also do not hit the enemy tower with 6 million damage!

This can be a shocking surprise to the guild who experiences this and from that point on starts a new era of Guild Battle strategies where the war chariots which were taken for granted for so long (many months) just stop working!

First, only 1 player can accomplish this feat, which is usually the top player of the server. In our server the first kill was made by Sylvester who you might have seen pictures of on this blog. However, very soon after the next top players become strong enough and get confidence enough to do that also. So here below I share with you picture of BlodAmber who kills the war chariot with practically no life left.

And then the clash of the 2 top guilds; in the case of our server the FairyTail and Sanctum. Now both of the guilds have players who can take out the war chariot, which means the strategies change. But how?

Well the strong guys have to try to take out the enemy chariot, but it is not that easy:


So as I said, once the guild battle enters this new era then strategies need to be adapted and it is a given that the battles will last longer, which is actually not so good as it is all eating into our lives :)

The picture is large - click on it to see it bigger. 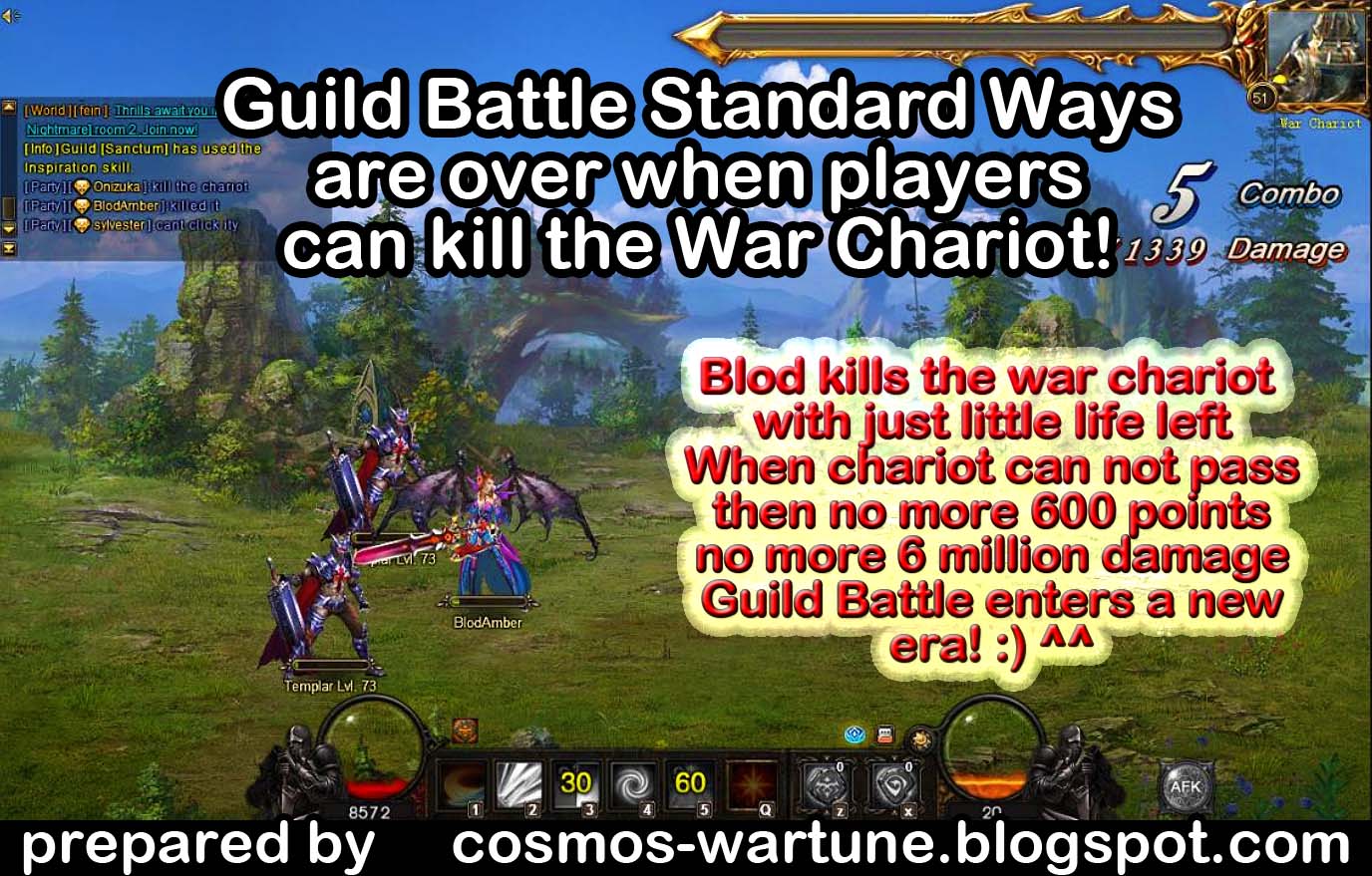