Hey guys! Fancypants here with some more news from overseas. I recently logged on to the Chinese servers, and I didn't know what to think. So many things have changed. I haven't really explored very much, so I will just show you some screenshots, and possibly some comments added in as well.

First up is the city, both Cloud City and your own town. 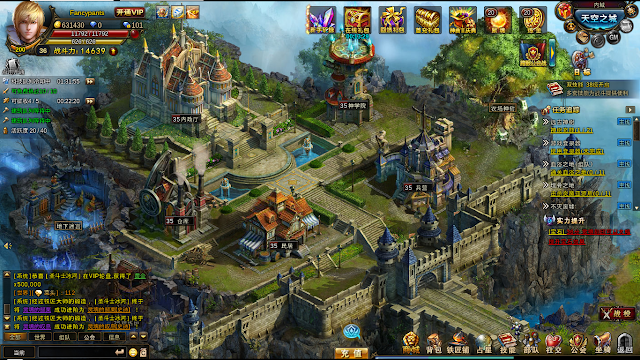 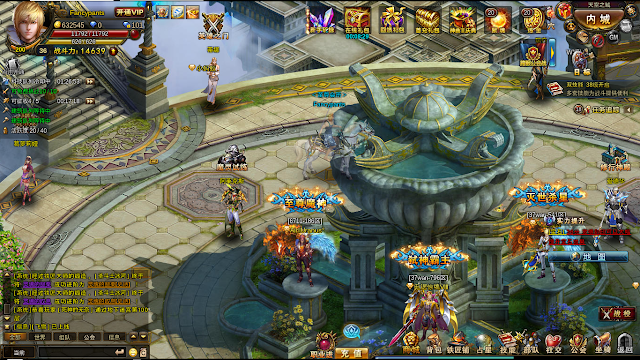 The center of Cloud City changed, now with people for various stuff such as tanks, alter of enoblement, and others I have no clue what they are. You can see that the bounty board is up in the top right of my screen now, with the wedding carriage just right of that. There is a path leading up to some people just above me. And if you looked close enough, apparently mounts are given at lvl 36 now! (Could be lvl 35, I am not sure) Also, another funfact, if you look in the top left, the mage picture changed, no others (from my knowledge) have changed though.
Next, are the astrals 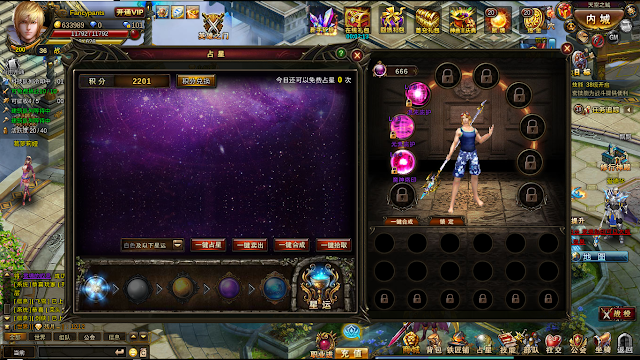 You now have 10 astral slots to fill instead of 8. The first 8 are unlocked by level still, while the other two are unlocked by other means that I am unaware of. (And yes, it is just a coincidence that my astral value happens to be 666)
There are also two new, i guess you would call them super astrals, that cost 45k star points rather than 15k like normal red. (They are also available in orange for 30k star points each) There affects, I am guessing, are patk and pdef in one, and the same for mages. Not sure which is which though. Next are some new things that I have no idea what they are, but I wanted to show you guys. Maybe one of you can translate:) But first, I am getting all these pics from one mage. The strongest player on the Chinese servers, so I wanted to show you him and give him credit for these pictures. 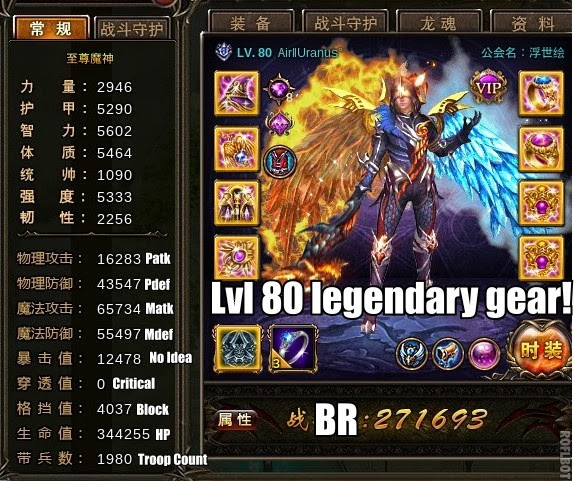 First off, there is one thing I was able to interpret. Soul engraving goes beyond lvl 80 and +200% now.(And the crystal turns purple:D) Not sure how you achieve these special levels, but it must be pretty hard.

Now onto the other pictures. Like I said, I don't know what these are, nor what level they unlock on. So don't ask. 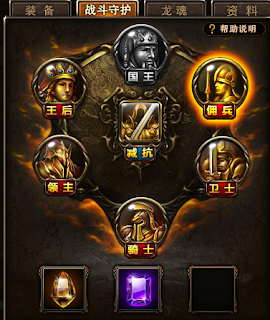 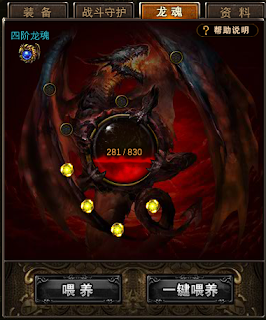 That is all I have for now. I probably missed some things due to level restriction and language barrier though. There are several new mounts I have never seen before, but I didn't want to give you multiple black and white picture with a big lock in the middle of it. That is all I have for now, can't wait for this update to see what these things actually are:)